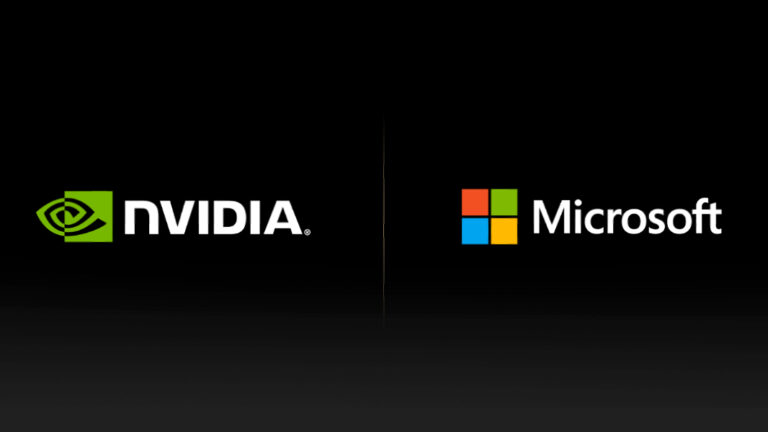 In this period, technology has advanced once further. Two technological titans have recently made headlines. These technology behemoths are Microsoft and Nvidia, who have recently announced a new multi-year agreement in which they will collaborate and build a dedicated research and development team in order to elevate the field of AI, or artificial intelligence, to new heights.

With this agreement, both major technology companies have revealed plans to cooperate on developing a new Artificial Intelligence supercomputer capable of doing any such AI-related activities. This computer will have been carefully taught and will be able to train itself for future usage. Here’s all we have prepared for you:

Microsoft-Nvidia to build an AI Supercomputer

We now know that a new supercomputer, in reality, an Artificial Intelligence-inspired computer, will be released to the public! This begs the issue of how this supercomputer will be constructed.

Here is a response from the technology behemoths, with Microsoft stating that they will be using their efficient and powerful servers known as Microsoft Azure.

Microsoft Azure will mostly be utilized to assist this AI supercomputer in performing computational duties and networking storage resources, while Nvidia promises to deliver the entire AI-enterprise software package. Nvidia has also pledged access to its powerful data centers, which will be dedicated to providing graphic processing units (GPUs).

Now, back to this collaboration agreement! Both technological behemoths appear to be leveraging each other’s massive resources in order to make an AI supercomputer a reality! According to rumors, Nvidia will make use of Microsoft’s resource, the Azure platform, to give a stronger infrastructure for this supercomputer.

Because of the upgraded infrastructure, Nvidia will be able to offer virtual machine instances that are well-suited for AI training and inference. This phase will assist generative AI in using Machine Learning and learning things on its own based on the scenario. Another reason Nvidia and Microsoft have expressed interest in this collaboration is to work on DeepSpeed Technology optimization.

For those who are unaware! DeepSpeed is a learning-based optimization software suite that will provide Deep Learning an advantage. Deep Learning is one of the key concepts for the proper operation of Machine Language. Nvidia has pledged to supply power for its new strong and efficient H100 transformer Engine, which will primarily assist to improve DeepSpeed.

When will we finally see a new AI Supercomputer?

As of now, there is no such confirmation about the unveiling date of this AI supercomputer, but according to sources, Nvidia is a brand that has been investing heavily and also creating relationships with other giants to make supercomputers a reality. In terms of collaboration, Nvidia has announced a collaboration with IBM to construct the world’s next and most powerful supercomputer.