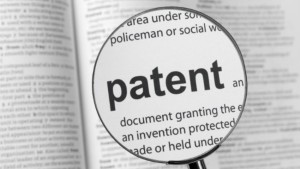 May 18, 2016: Tatkal (Instant) option offered for startups from all over the world to register patents in India faster at much lower cost under the latest amended patent rules. These benefits can be availed by entities that file their first application in India.

After introducing expedited services for patent registration, India has included the definition of ‘startup’ in the patent rules to pass on special benefits.  The amended rules seek to cut the time period for grant of patents from five-seven years to two and a half years immediately and one and a half years by March 2018.

This will reduce the patent fees making them eligible for 80% rebate as per the startup action plan. Startups will have to pay  double the fees while the companies will need to shell out thrice the amount for the expedited patent registration.  Under the faster clearance route, application fee for individuals and startups is .`8,000 while for companies it is about Rs 60,000.

The modified rules will allow future applicants to put applications on a fast-track mode if they select India as International Search Authority or International Preliminary Examining Authorities and file applications in India first. Besides, all startups will be able to make use of this facility.

Agarwal said, “We have not specified the exact time limits in the notification but we will be able to significantly speed up processes.” The government has put a limit on adjournments in courts on patent hearings to two times with a maximum period of 30 days each.

The allowance of refund of patent fees has been approved for the first time. In cases where the application is withdrawn and there is no need for the request for examination, 90% of the amount would be reimbursed. Any payments made twice due to errors in online transaction will also be refunded. It has been clarified that the liability of patent application lies solely with the applicant.