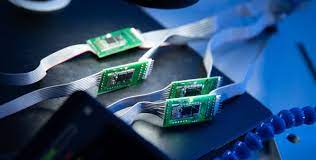 The two leading powers USA and China have levelled charges of espionage through cyber attacks on each other. As per reports, China in a fresh charge against the USA has said that the USA on Monday launched thousands of cyberattacks on one of its universities.

Similar kind of charges of espionage has also come from the USA which has said that China in recent years has been targeting its businessmen and government agencies. Reports point out that this is one of the reasons among many for deteriorating relations between the two world powers.

China has made consistent efforts to deny the charges levelled by the USA of spying using cyberattacks. China has instead launched a counterclaim, in which it has said that it is the victim of attacks from the USA. However, China has not been to consolidate its charges any further.

In a departure from its previous strategy, the dragon came up with a report prepared by (CVERC) which stands for National Computer Virus Emergency Response Center. The report has specifically pointed fingers at the NSA of the USA. According to a report, the USA launched dangerous cyberattacks.

China launching further allegations on the security agency has said that through Cyber attacks the USA has been successful in gaining entry and getting sensitive information from a Space Research University. According to reports, the University gets funding from the central ministry of China.

According to reports, the cyberattacks which took place in June had signs of involvement of a foreign entity. According to the victims, the attack affected the normal day-to-day routine of the people of the city. The China and USA have declined to comment.
The report also brings out that the cyberattack launched by the USA managed to get more than 150 GB of data from the University.

What The USA Has Said?

Along similar lines, The USA has held out China responsible for cyberattacks on an email software of a leading US-based firm. According to reports, the attack caused disruptions in the life of workers and local government offices which were reliant on it. The report said that the report also involved those working abroad.