China arrests 1100 suspects who are allegedly responsible for illegal money transfer to telecommunication frauds. The Chinese Government says that they put a stop to over 170 criminal gangs. These gangs are also responsible for using cryptocurrency for criminal purposes. And this has put crypto again in a bad light.

Recently the Government in Xinjiang shut down firms conducting bitcoin mining. Zhundong Economic-Technological Development Park was shut down for the very same reason. Most people are bitcoin miners in the park; hence they are on the verge of ceasing. On the same day, Qinghai province announced that bitcoin miners need to stop mining immediately to avoid any legal steps taken against them. But still, the bitcoin network’s hashrate is going higher and higher. 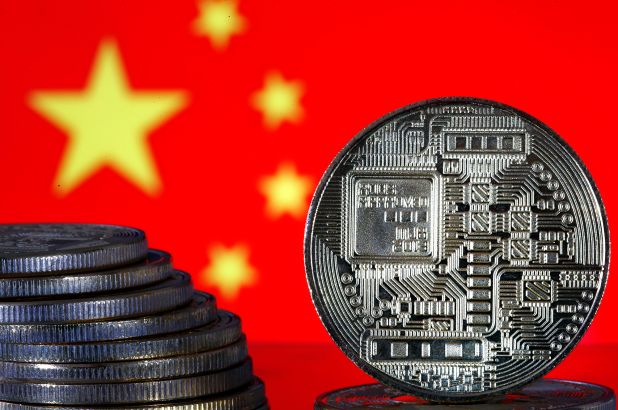 A nationwide “card broken” operation carried out its fifth round. The purpose of this operation is to combat illegal telecommunication networks. The fifth round was helpful because it helped in finding out illicit criminals using crypto for illegal money transfer to frauds.

The Chinese police confirmed that the criminal gangs worked with coin farmers who help transfer illegal money. These farmers are ingenious and cunning. They would join different cryptocurrency platforms and then start trading based on what the gangs say.

China already banned cryptocurrency back in 2019 and is increasing its restrictions over anything related to virtual currencies. In addition to this, in April, the northern region of Mongolia shut down every cryptocurrency mine, saying they did not meet the energy consumption target. The northern region was responsible for 8% of hash power for mining bitcoins. And that is higher than the hash power required in the US for the very same reason.

A recent tweet by Wu Blockchain regarding the decrease of income of ethereum miners after the recent crash.

Unfortunately, due to the shut down of big firms caught in mining BTC, China is in the midst of hitting a corner in its financial sector. The value of Bitcoin was shaky in May due to the warnings by Beijing against cryptocurrency.

The most populated country in the world says crimes related to cryptocurrency are rising day by day. Furthermore, they add that cryptocurrencies are responsible for cross-border illegal money transfers. They are also pointing out that cryptocurrency has become one of the popular means of payment in illegal activities like gambling. Reports from China say that 13% of gambling sites rely on crypto for payment purposes.

The Chinese Authorities don’t stop here; they recently made more strict rules against illegal conspiracies and activities going around virtual currency. Other than prohibiting cryptocurrency, they also banned finance and payment services related to crypto. The council also says that they will chop off any activity which is even close to crypto-mining.