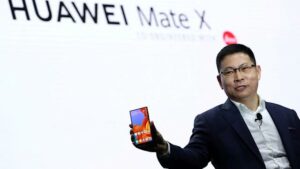 China Big tech firms congratulate employees for ‘graduating,’ who they are laying off
Source: Yahoo Finance

Since last week, the most influential tech firms in China were visibly laying off their workers. Moreover, congratulating them on losing their jobs. Following the revelation of the news that JD.com, the e-commerce giant was firing its employees, social media users China made another disclosure. They started sharing pictures of happy notes titled “graduation notice,” apparently issued by the human resources department of the company.

This cheerful note from JD.com was seen to be generally addressed to a nameless worker or simply “JDer.” It read: “Happy graduation! Congratulations for having graduated from JD.com! Thank you for the companionship!” Similarly, another note was from the video-streaming site Bilibili. Titled “Bilibili Graduation Day,” it wrote, “We’ve prepared this to assist you in embarking on the next phase of your career.” Both of these companies join the list of what the recipients can expect to initiate the lay off from their previous employers.

Neither Bilibili nor JD.com acknowledged any requests made by concerned reporters for a comment on the incident. Certain social media users from China expressed how they found it unbelievable as to how these companies are carrying out the axing of employees.

“Isn’t it ridiculous that you are congratulating someone that you’ve laid off?” a user wrote on China’s Twitter-like Weibo.

There have been other major tech companies in China involved in laying off thousands of its workers. These include gaming giant Tencent, JD.com’s rival Alibaba and the short-video app Kuaishou. Such axing in this sector is rather common and currently comes in the midst of Beijing’s intense investigation on its tech companies that are homegrown.The central government of the country is ratcheting up its perusal of issues surrounding labour and consumer rights. Along with it, issues of antitrust probes launched against tech firms, and oversight on data security. These layoffs come forward as Chinese big techs companies’ way of carrying out a “fat-trimming mode.”

Moreover, certain reporters pointed out how these companies viewed these major layoffs through a positive perspective. Mainly, targeting younger workers in China who are contemplating if a career in this tech industry is worth their consideration.

Referring to these layoffs as “graduation” and congratulating the workers who suffered the axing appear as a sort of “damage control,” said Adrian Goh. Goh is the cofounder of the recruitment portal Nodefair, based in Singapore. He further added that the control was mostly to counter negative backlashes from workers who would be potentially “disgruntled.” Goh’s portal is responsible for having placed job seekers in roles at various companies on the internet.