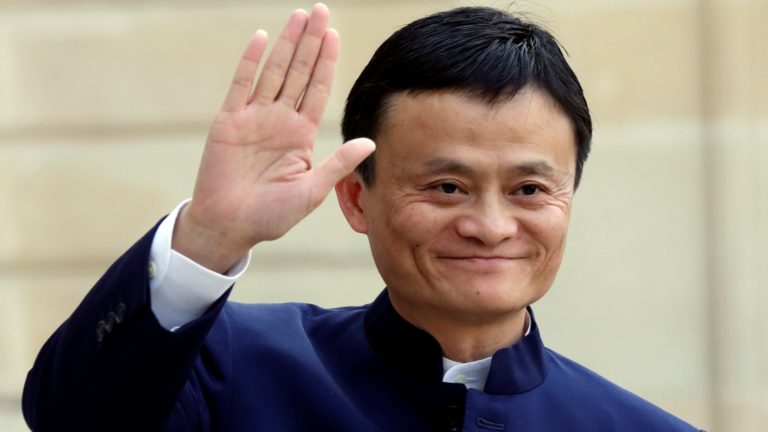 China Detained Man Named ‘Ma’, News Wiped $26 Billion Off Alibaba’s Stock A whopping $26 billion was wiped off of Alibaba’s market value in just a few minutes. But the company managed to recover the losses after a clarification.

Chinese e-commerce and internet company Alibaba, co-founded by Jack Ma, saw its shares fall as much as nine percent this week as reports emerged about the detention of a man named Ma in Hangzhou, the company’s headquarters, CNN reported.

Chinese state broadcaster CCTV reported that the man had been detained on suspicion of “colluding with overseas anti-China hostile forces” to “incite secession and subversion of state power.”

State-backed tabloid Global Times separately reported, citing the Hangzhou security bureau, that the person under investigation is the director of a tech company’s hardware research and development department.

The one-sentence report, which was swiftly picked up by other state media outlets and alerted across Chinese news platforms, triggered panic selling in Hong Kong, erasing an estimated $26 billion from Alibaba’s market value within minutes.

The former editor-in-chief of Global Times, another state-owned media house, flagged that the original report about the suspect was deceptive.

But on Tuesday morning, Chinese state broadcaster CCTV reported that police in the city of Hangzhou. Where e-commerce giant Alibaba is based, had been investigating a person with the surname Ma since April 25.

Details in the terse 86-word report were lacking, but investors have spooked anyway. Many assumed that the person in question was Jack Ma, whose Chinese name is Ma Yun. After the news broke, Alibaba’s share price in Hong Kong slid 9.4% in early trading, wiping about $26 billion from its market value, Bloomberg reported.

Another state media outlet, Global Times, soon followed up with a report citing unnamed sources that said the individual in question had three characters in his name.

The person was born in 1985, making him two decades younger than Alibaba’s founder, per Global Times, and was identified as a director of hardware research and development at an IT company.

The market’s roller-coaster reaction is the latest sign of just how skittish investors are getting over China’s embattled tech sector. Which has been a target of the Chinese government’s heavy-handed regulatory crackdown since late 2020.

Despite recent signals from the Chinese government, it is preparing to roll back the campaign due to the economic impact, as first reported by the Wall Street Journal. The market frenzy on Tuesday indicates investor confidence remains shaky.

Jack Ma has mostly faded from public life and kept a low profile since Ant Group’s IPO in the US was halted by regulators in late 2020. Once among the most outspoken figures in China, he hasn’t posted anything on Weibo, where he has nearly 25 million followers, since October 2020.

His last Weibo post, about a meeting with some 100 school principals to discuss the future of China’s education, was flooded with critical comments.

“I won’t be surprised if old Ma is jailed one day,” the top comment said. “You’re just a capitalist! Don’t pretend to be a good person!” another comment screamed.

Jack Ma remained silent throughout Tuesday, as rumors against him swirled on the Chinese internet. Hashtags about the detention of the suspect surnamed Ma were among the top trending topics on Weibo, drawing hundreds of millions of views.