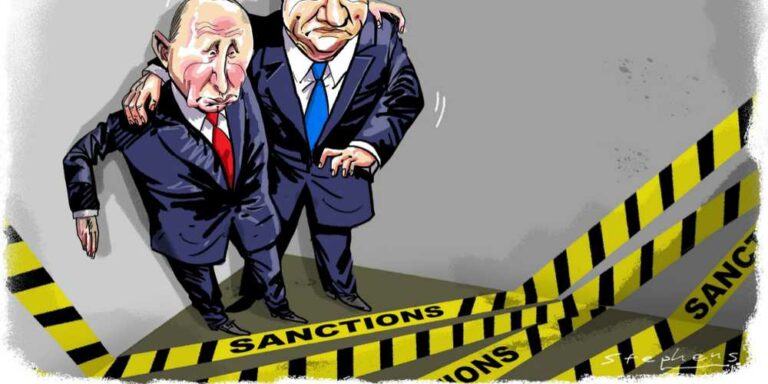 China eases controls to allow the ruble to depreciate faster

China eases controls to allow the ruble to depreciate faster, that is allowing it to fluctuate more freely versus the Yuan. The Ruble’s value is fluctuating by 10% against the Yuan at the moment. Since the discontinuation of the SWIFT Network, the Ruble has been trading negatively against the USD and Bitcoin (BTC).

To help Beijing avoid economic sanctions against Moscow, China is easing government exchange rate controls to let the value of the Russian ruble fall faster against the Chinese yuan.

As a result of President Vladimir Putin’s Feb. 24 attack on Ukraine, Western nations cut off several Russian banks from the international SWIFT payment system, causing the ruble to lose about 40% of its value. The Russian central bank can no longer use its foreign exchange reserves to protect the exchange rate.

Starting Friday, the China Foreign Exchange Trade System said that the margin by which the ruble is permitted to vary versus the yuan in state-controlled daily trading will be quadrupled to 10% above or below the day’s opening price.

Despite opposing Western sanctions, China has not condemned Putin’s strike. China’s corporations have not yet followed their western counterparts out of Russia, but analysts believe they will try to take advantage of increased pressure on Moscow to reach better terms.

In order to maintain the exchange rate, China’s central bank would have to provide Russian buyers of Chinese goods with more yuan than market forces estimated Moscow’s currency was worth in exchange for their rubles.

President Vladimir Putin has been dealing with difficulties as a result of Western sanctions targeting his major banks and close associates. The West has rallied to penalize him after he announced special military activity in Ukraine. None of his close associates are being spared.

Earlier today, the UK froze Chelsea owner Roman Abramovich’s assets due to his ties to President Putin. After decades of success, the ruble is losing over 40% of its value as a result of the sanctions. It is still in the ATLs of the exchange rate against the USD, as investors have to trade 136 RUBs for a USD, which is too high as compared to 75.25 RUBs/USD on Feb. 16, 2022, before the attack.

With the most recent update, Chinese exchange rates will be able to keep up with the ruble’s daily fluctuations.

Also read: Alex Bornyakov revealed details about how Crypto Donations are being used in Ukraine