Drones are being tested the world over for use during the COVID pandemic, such as for transporting medicines, vaccines, and other medical supplies over long distances, and especially in regions with difficult terrains. But the Police in China has come up with a much more innovative way to deploy the small, helicopter-like gadgets.

Drones to Have a Cool New Use in China 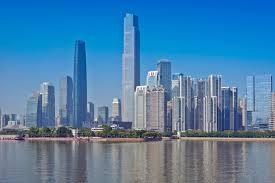 Police in the South China city of Guangzhou, which has recently seen a flare-up in the number of locally transmitted COVID cases (amid a massive overall decline in the rates of such transmission in the country), has just deployed a fleet comprised of some 60 drones, to encourage people to remain inside their houses unless absolutely necessary, and also to remind them to wear masks and maintain social distancing.

The drones will be operated by the Police Department in the city itself, and will carry cameras (so as to keep an eye on people who leave their homes, for whatever reason), and will also come equipped with  messages which will be broadcast to the public, reminding them that staying at home is their best bet.

The city, and the country as a whole, have already taken strict measures to reduce the incidence of local transmission of the COVID by as much as possible. These include setting up a heavy line of defense and surveillance, encompassing temperature checks and quarantined for people coming from or going to areas where there is a high incidence of the disease, as well as health confirmations through mobile phones.

Guangzhou, as of yesterday, had more than 100 active cases, with six new cases being reported over the past 24 hours. Several neighbourhoods have been isolated in the city, and travel in and out of the area has been prohibited. Moreover, in keeping with the social distancing guidelines, cinemas and other entertainment venues have been shut down.

Meanwhile, Chinese authorities have also launched a probe into the outbreak of the pandemic in Guangzhou. A task force comprising Communist Party disciplinary officials has been set up to investigate whether officials carried out (or are carrying out) their duties correctly. The new was first revealed by the Southern Daily.

This follows the zero-tolerance policy that the country has implemented in the battle against COVID, and officials who are found to be in dereliction of the their duties are liable to receiving punishment.