Youibot, a four-year-old startup based in China has managed to raise close to 100 million yuan ($15.47 million). SoftBank Ventures led the funding round. The funding is an indication of the promise and potential exhibited by China’s industrial robotic space that has been flourishing over the past few years. Youibot is focused on the development of autonomous robots catering to a variety of scenarios. 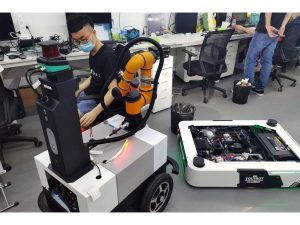 Youibot is the brainchild of a group of Ph.D.’s from Xi’an Jiaotong University in China. The startup is based in Shenzhen and is focused on the development of solutions for factory automation, logistics, in addition to the facilitation of inspection and maintenance for various industries. 2020 was a lucky year for the startup with more investors and businesses showing enthusiasm to adopt automation to decrease the human contact levels. The year 2020 also saw the startup securing three financing rounds. And to date, it has raised a total amount of 200 million yuan.

The electronics and manufacturing fields also use Youibot’s “strongest suits.” In addition to this, the startup has been experiencing commendable growth in its semiconductor business, which has been attracting customers of importance from a multitude of prominent wafer fabs. These companies use the services provided by the startup for the production, testing, and packaging of chips. The names of these front-end clients weren’t disclosed by Youibot owing to the confidentiality factor. 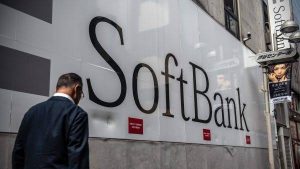 The list of its clients in China encompasses well-known names such as CRRC Zhuzhou, a locomotive manufacturer that is state-owned, Huaneng Group, and Huawei. About eighty percent of the company’s revenue is generated through its activities in China, while the market outside China is also catching up. The rapid growth of the startup is evident from the fact that its revenues tripled last year.

The proceeds from the recent funding will be used by the startup to enhance and improve its research and development, particularly in mobile robots and proprietary software. It also plans to work on team building and market expansion which will be effectively facilitated by the funds raised.