China’s Baidu is known to be China’s equivalent to Google. JiDu being backed by Baidu has ambitious goals in the autonomous vehicle segment. They release a teaser of the level 4 Robocar concept, which is set to make its debut at the Beijing Motor Show in April. 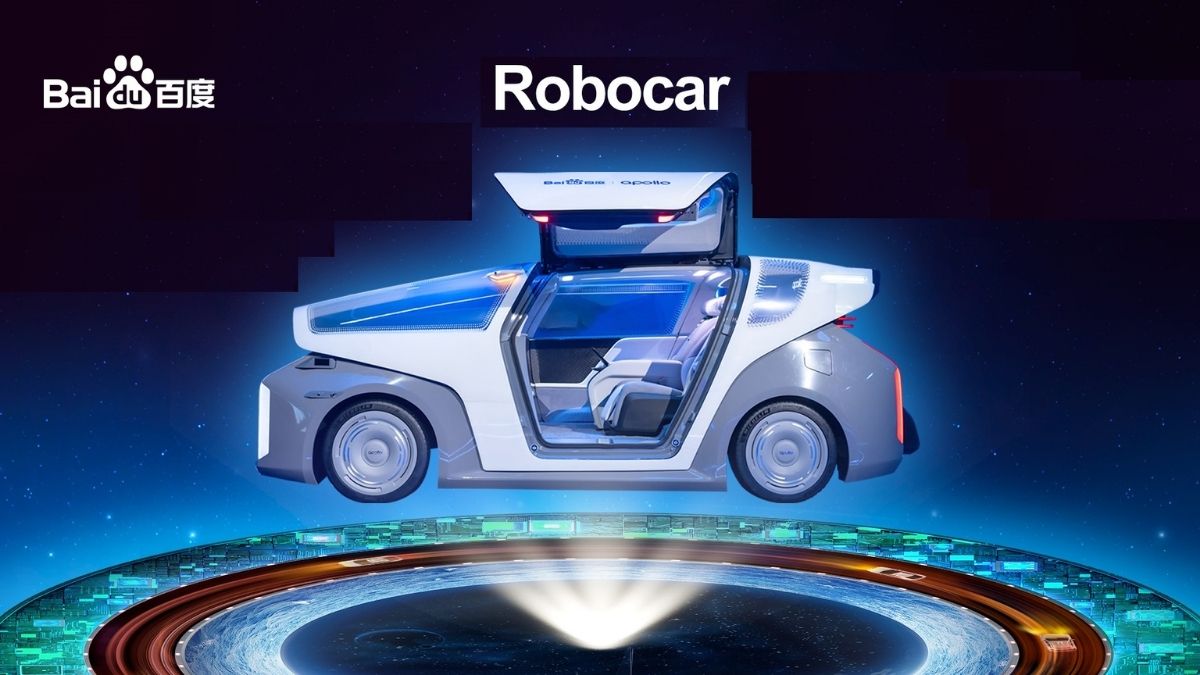 The Chinese internet company announced back in 2020 that they plan to get back to the self-driving electric cars segment. Both Google’s Waymo and Baidu’s JiDu have partnerships with the Chinese automaker Geely. Now, JiDu plans to move forward and has come up with a vehicle launch planned for 2023. They called it a Robocar and more details about the vehicle’s features are expected to be released at the Beijing Auto Show in April. The teaser which is attached below shows that the upcoming study is said to be 90 percent representative of next year’s production vehicle.

There isn’t much on the teaser. However, with keen observation, one can see the vehicle sensors that come out of its hood. These sensors are shown in such a way like small turrets, and then they retract, covered by a flap. There isn’t any shape of the vehicle visible, but it appears that the vehicle will have a door that opens both outward and upward. This is the plan, and unclear if the company really has a plan ready.

CEO of JiDU Yiping Xia said, “JiDU has completed the visual and functional design of the Robocar concept car, which will make its debut in April as planned. Let’s set off towards an infinitely possible future together!”

Furthermore, there is no actual announcement about the Robocar being level 4. However, the conclusion could be based on its past announcement in 2021. Back in 2021, Baidu unveiled its new autonomous robocar-L5 driving autonomy. As they already come so far they completed more than 110,000 rides by Q3 2021. They are focused on expanding to over 65 cities by 2025 and to 100 cities by 2030. Then later in early 2022, two weeks ago there came the announcement that experts believe JiDu is working on a Level 4 autonomous vehicle. So the Robocar that was teased on Wednesday is expected to be level 4.

The company also seems especially proud of its logo, called Pixel-J, pointing to the fact that it is the first logo specifically created for a vehicle designed to be autonomous. The logo shows that JiDu is actually different than the other autonomous car brands in China. There is no specific news about JiDu entering the global market sometime in the future, but that wouldn’t be a surprise.