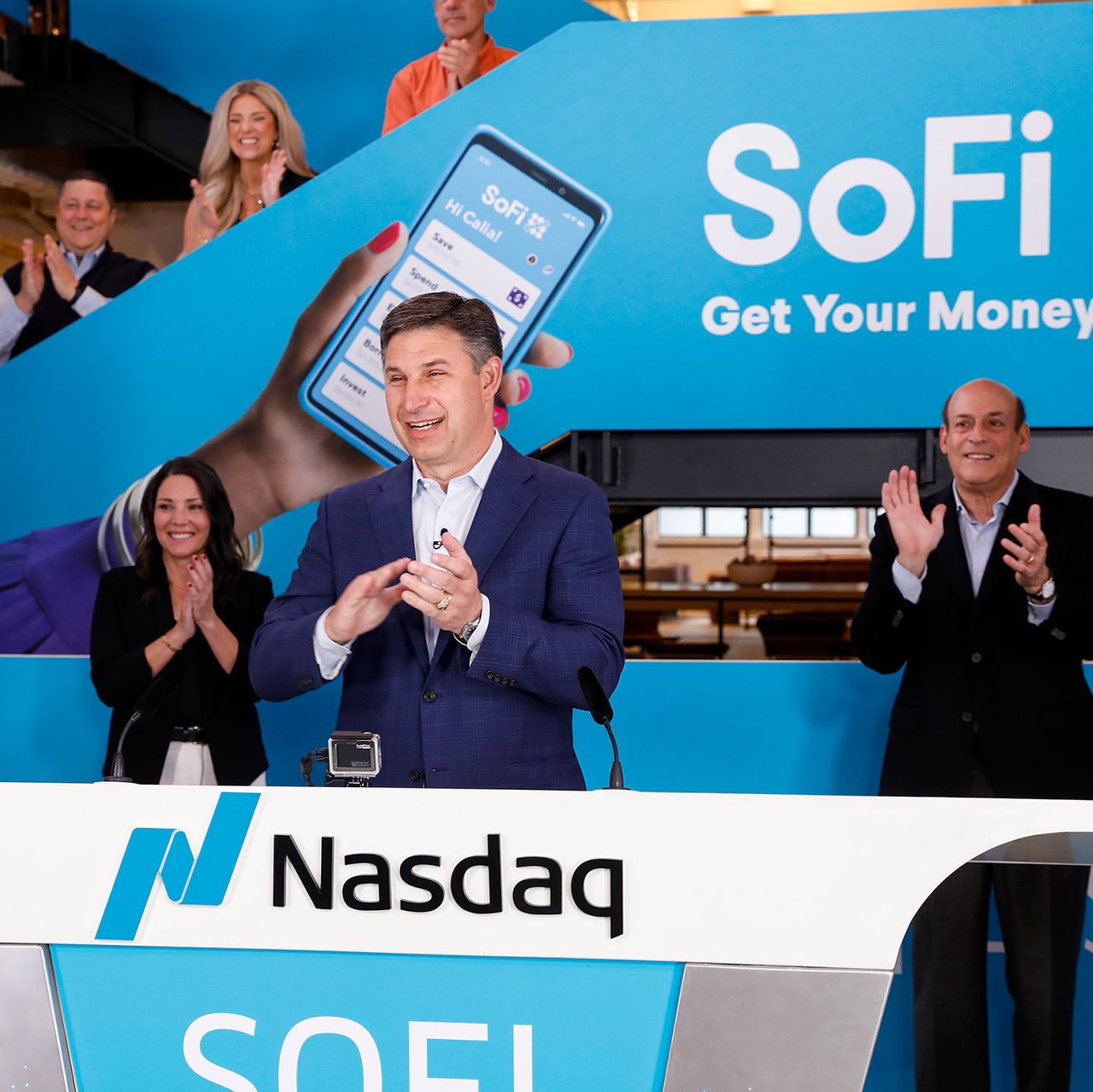 Shares of financial technology firm SoFi Technologies surged on Wednesday. A day after it received conditional approval from the Office of the Comptroller of the Currency to create a full-service national bank.

Federal regulators have approved SoFi Technologies’ application to purchase a small community bank in California. It is clearing the fintech’s path to become a bank as soon as next month.

Shares of SoFi rallied by more than 16% in after-hours trading on Tuesday following news that the fintech cleared its final regulatory hurdle in becoming a bank.

San Francisco-based SoFi received approval from the Office of the Comptroller of the Currency, or OCC, and Federal Reserve to become a bank holding company. The mobile-first finance company offers banking products including loans, cash accounts, and debit cards. But it’s not technically a bank. Like many fintech companies, it relies on partnerships with FDIC-insured banks to hold customer deposits and issue loans.

“This important step allows us to add to our broad suite of financial products and services to better be there for our members during the major financial moments in their lives and all of the moments in between,” Noto, a former partner at Goldman Sachs and formerly chief operating officer at Twitter, said in a statement.

SoFi Technologies was initially created as a student loan refinancing business in 2011. Over the past ten years, it has become one of the top fintech players, offering a comprehensive array of digital financial services. This includes the ability to spend, save, invest and borrow money on its mobile banking platform. Unlike the majority of fintech players, the company has reported positive adjusted earnings (EBITDA) for the past five consecutive quarters.

Despite losing money on student loan financing, SoFi’s user base increased 96% from Q3 2020 to Q3 2021, hitting 2.9 million, adding 377,000 members in Q3 2021 alone. Which is the second-highest quarterly increase in the history of the company. Total products used by members increased 108% to 4.3 million in Q3 2021, representing the fifth consecutive quarter of year-over-year triple-digit growth.

The firm says it will contribute $750 million in capital and pursue its national, digital business plan while maintaining Golden Pacific’s community bank business and footprint, including three physical branches.

The company went public last year by merging with a blank-check company run by venture capital investor Chamath Palihapitiya. Shares have been under pressure this year as investors rotate away from high-growth tech companies. As of the close of Tuesday, shares were down 23% to start the year.

SoFi has three primary business segments (lending, financial services, and digital banking) that provide diversified growth potential. While the lending business is by far the most profitable. SoFi’s financial services segment is the most consumer-facing of the three.

In the lending part of SoFi’s business, revenues reached new highs. It was driven primarily by increases in volume and revenue in SoFi’s personal loans business. The lending business at SoFi currently includes student, personal, home and auto loans.