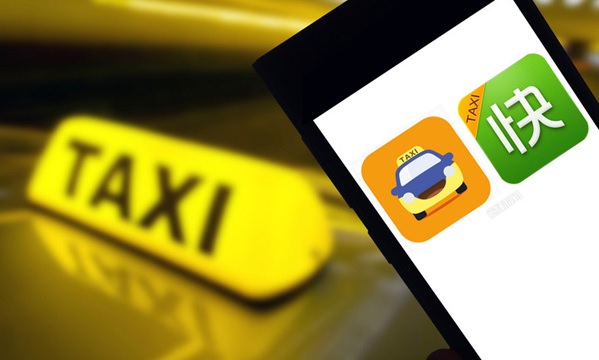 (Bloomberg) Chinese car-hailing app operator Didi Kuaidi will give away 1 billion yuan ($161 million) worth of rides to commuters starting next week to promote its new chauffeur service. The company, backed by Alibaba Group Holding and Tencent Holdings, is expanding into the market for ride-sharing and carpooling after winning an estimated 99% of the taxi-hailing market share.

The giveaway is expected to hit Uber Technologies and Yidao Yongche, two other companies competing for the estimated $1 trillion-a-year market for transportation services in the world’s most populous country. China’s car-hailing industry is currently dominated by Didi and Kuaidi, which together account for a combined 78% of ride bookings, with Uber a distant third at 11%, according to Analysys International, an industry researcher.

“Three years from now, our goal is to allow everyone to hail a taxi or get a ride within three minutes and to serve 30 million people per day,” Cheng Wei, CEO of Didi Kuaidi, said in a statement. The company hopes to meet the demand by supplying more cars in a more flexible way, he said in the statement.

Starting May 25, commuters in 12 Chinese cities will enjoy free rides for Didi Kuaidi’s chauffeur service every Monday for a month, according to the company.

Didi Kuaidi aims to create the largest “one-stop transportation platform” in the world, the company said. The goal is to cover commuting needs from hailing taxis through mobile apps, to carpooling and booking premium cars with chauffeurs, it said.

Formed out of an alliance of two competing apps, the two former rivals had engaged in intense competition, giving out subsidies to drivers and riders, before agreeing to work together in February.

Alibaba and Tencent own 10% and 13%, respectively, in the merged company.

Didi Kuaidi won a breakthrough this month after Shanghai said it will include the company in a new taxi-booking platform, the first official recognition of mobile-booking apps. The company is in talks with more local governments about cooperating on car-hailing services, Cheng said, declining to name the cities.

Uber’s China spokeswoman Huang Xue didn’t immediately respond to a request for comment on whether the company will match Didi Kuaidi’s incenties.