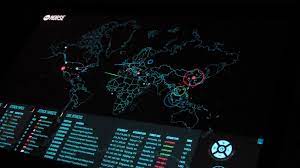 According to a statement from, an American National Security advisor, close to eighty per cent of American adults’ data has been stolen already. The advisor further added that the dragon has also been successful in getting most of the data of the remaining people. The security advisor made this statement in the previous month.

First Of Its Kind Attack

The security advisor also said, that, the espionage attack on the country is the first of its kind in History. He also added that the attack from China is strategic, not easy to understand, and ferocious.

The security advisor has said, that, the most unexpected part of this ongoing espionage is the manner in which the USA is handling the episode. The advisor has expressed concern about the USA not taking any action to stop the data steal information from being stolen from the state. Reportedly, this data theft is an ongoing activity which has been going on for almost a decade.

The former deputy security advisor working under Trump Matthew Pottinger said on the occasion that, China has been successful in collecting a very large amount of data of US citizens. The security advisor said, that, China has also been successful in mustering information deemed sensitive from groups of the USA population including, children. He further added that the information collected by China is sufficient enough for the country to prepare a dossier. According to the statement, this collection of data is deemed fair under the policies of China.

According to the statement from the former deputy security head, China has successfully managed to break into the 5G network. This according to the advisor has given communist China the ability to compile a set of information on citizens of any foreign nation. The former deputy security advisor under Trump, added upon this, that the ability of the Chinese to break into the 5G network has given it a renewed capability and confidence.

According to reports, the disclosure from the security advisors comes after the, reported Chinese attack in large numbers on American networks. In recent years, Chinese hackers have managed to hack large-scale information from American citizens.