Citi claims Metaverse economy will be worth 13T by 2030

Citi is the latest Wall Street player to issue a bullish forecast for web3 and the metaverse, which describe a future vision for the internet built around decentralized technologies and virtual worlds.

The metaverse economy could be an $8 trillion to $13 trillion total addressable market by 2030, Citi said in a research report published Thursday. 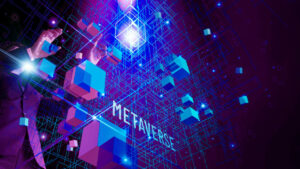 “Interoperability and seamless exchange between underlying blockchain technology are critical to ensure a frictionless user experience. Different forms of cryptocurrency are expected to dominate, but given the multi-chain trend in the crypto ecosystem, cryptocurrency will likely coexist with fiat currencies, central bank digital currencies (CBDCs), and stablecoins.”

The report cites the example of Second Life, the virtual world that launched in 2003 and by 2021 had a GDP of $650 million with 345 million transactions of virtual goods, real estate, and services. Second Life developed an in-world currency, the Linden dollar, which was in part introduced to cut transaction costs.

However, Second Life is a centralised platform and for the Metaverse to function as an alternate economy, it requires formats of money that are truly decentralised, trustless,
and verifiable.

The 5 billion estimate, the authors concede, is a broad one, that includes a mobile phone user base. If the metaverse is confined to VR/AR devices, it expects the audience to be closer to 1 billion. Before any of that can occur, though, significant infrastructure investments will be needed, Citi says. 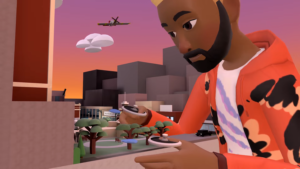 “In the current state, the internet infrastructure is unsuitable for building a fully-immersive content streaming Metaverse environment, that enables users to go seamlessly from one experience to another,” the report reads. “To make the vision of Metaverse a reality, we expect significant investment in a confluence of technology.

Low latency — the time it takes a data signal to travel from one point on the internet to another point and then come back — is critical to building a more realistic user experience.”

Just as with today’s internet, though, City envisions a split between U.S. and most international users and a China version, which blocks certain content. And consumer hardware manufacturers could be the gatekeepers of the Metaverse.

That could result in legal challenges—something Citi says is a big issue that has not yet been adequately addressed.