Electric cars are considered to be the next big thing in the automobile market. They are highly efficient to use and at the same time environment friendly. Most of the time they are promoted because of the sustainability factor attached to them. Although electric cars ae all the rage in the western world, India still has a lot more to catch up to. This might be because of the traffic or road conditions or unavailability of sufficient infrastructure.

As more and more car manufacturers are focusing on electric vehicles, many companies are now trying to push into the Indian car market scenario. Indian car manufacturing company TATA are trying their hands too in this market. Pratap Bose, who is currently serving as the Head of Designs for TATA Motors said, “A huge wave of electric mobility is coming, and nobody knows when. But when it comes, we want to be in the front.”

TATA has launched their latest model Tata Tigor EV in order to entice the buyers interested in this market. This car is equipped with 21.5 kWh battery, a battery cooling system and two charging ports which are being used for fast charging and cool AC charging. After the launch of Tata Tigor E, TATA launched the Tata Nexon EV which is currently considered as the highest selling EV in India on a monthly basis.

The Volvo company too is planning on launching its electric vehicle in India to attract a customer base towards its products. The Volvo XC40 comes with a 78 kWh battery and can go from 0 to 100 kmph in mere 4.9 seconds. The car is powered by two electric motors and will also be equipped with an in built Google Assistant. The car will be open for delivery later this year. 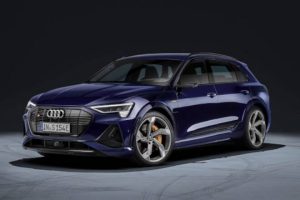 Audi too will be entering the Indian EV market with its Audi e-tron. This car is capable of achieving up to 210 kmph and can go from 0 to 100 kmph in just 4.5 seconds. This car is equipped with two electric motors, surround view cameras, adaptive cruise control, air suspension and connected car technology.

Mercedes will also be launching its electric vehicle this year. The Mercedes Benz EQS will be launched on April 15 this year. Mercedes claims that EQS is capable of providing 700 km range in a single charge. This car will be equipped with a 56 inch touchscreen and has a drag co efficient of just 0.20.

Mahindra eKUV100 is all set to be launched in this year. The company claims that this car can be charged in 6 hours. This can has a range of 150 km and comes with a 40 kW electric motor. The company has also claimed that a fast charging option will be available.

At the same time we have the TATA Altroz EV which can provide a range of 300 km in a single charge. The company claims that a fast charging option is available where the users can get the battery charged up to 80 percent in just 60 minutes. The car will be equipped with a 30.2 kWh Lithium-ion battery pack. This car will provide its users with three engine options. They are, 1.2 liter petrol, 1.5 liter diesel and 1.2 liter turbo petrol.