A government official in the Rivne region of Ukraine owns close to $8 million in cryptocurrency and 500 Tesla shares, his declaration shows. A second Ukrainian lawmaker in Kyiv has also had difficulty proving possession of crypto holdings on her asset statement. 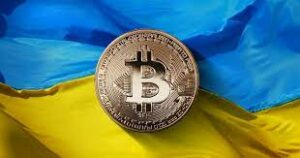 Vladimir Pachesny bought the coins in early 2013 for 73,920 hryvnias (about $2,800) at the time of purchase, based on the inflated Ukrainian fiat currency’s currency conversion rate. The 36-year-old local deputy also purchased 500 shares of Tesla, a U.S. electric vehicle manufacturer that pushed cryptocurrency prices higher this year after announcing that it would accept and hold Bitcoin.

Pachesny is not the first nor the wealthiest cryptocurrency investor among Ukrainian authorities, despite the country’s position as a leader in cryptocurrency adoption.

A report from April revealed that government employees and officials possessed 46,351 Bitcoins worth 75 billion hryvnias (more than $2.6 billion) at the time, with Mishalov Dmitrovich, a member of the Dnipro City Council, having the greatest stockpile of 18,000 Bitcoins.

According to estimates obtained by the Opendatabot program, which monitors public registries in Ukraine, prominent people have admitted to possessing a total of 46 351 BTC and various other digital currencies, including ETH, LTC, BCH, and MXR, in their 2020 statements.

However, not all of them have been able to offer the requisite documentation to confirm their ownership of the coins. The National Agency for the Prevention of Corruption (NAPC) pledged to double-check the figures this spring.

The Opendatabot program, which monitors public registries in Ukraine, prominent people have admitted to possessing a total of 46 351 BTC and various other digital currencies, including ETH, LTC, BCH, and XMR, in their 2020 statements.

However, not all of them have been able to offer the requisite documentation to confirm their ownership of the coins. The National Agency for the Prevention of Corruption (NAPC) pledged to double-check the figures this spring.

In September, Ukrainian media claimed that a member of President Zelensky’s Servant of the People party had been unable to authenticate his digital holdings. His wife, Maria Saltykova, had 42 BTC last year, according to data filed by the politician, but NAPC stated he had not presented any evidence confirming the correctness of this information.

The deputy merely stated that the cryptocurrency was held on a hardware wallet that was stolen from him earlier this year when his car was stolen. Gurin’s predicament is far from unique in Ukraine. Another member of the Verkhovna Rada, Anna Skorokhod, did not provide the NAPC with documentation that she genuinely possessed the cryptocurrency she had previously disclosed to the institution, according to a recent piece by the “Slovo I Dilo” portal.

Skorokhod reported in her final declaration that she had 44 BTC, 130 ETH, and 135 ETC, while her spouse at the time, Alexey Alyakin, had 118, 78H, and 350 ETC. “General explanations explaining the gaining and ownership of the cryptocurrency without presenting papers proving the facts of the acquisition and the cryptocurrency’s availability as of the conclusion of the reporting period,” the Ukrainian MP said.

At the time of purchase, the cryptocurrencies were valued at more than 2.7 million hryvnia (about $106,000). Skorokhod informed the NAPC that because she didn’t know much about digital money, her husband handled all of the coin transactions on her behalf. She further stated that after their divorce, she had no access to the keys or any supporting documents.

Virtual Assets of Ukraine, a public organization, and the Blockchain4Ukraine association, which brings together politicians from various political parties in the Ukrainian parliament, have advocated enacting a provision that would promote transparency in officials’ assets declarations. The two organizations demand that public officials include their Bitcoin wallet addresses in their statements.

Do you believe Ukrainian politicians will be able to account for their entire Bitcoin portfolio? In the comments area below, please share your thoughts on the topic.