It’s been four years since Bitcoin’s biggest upgrade. It’s a rare instance of stakeholder agreement, and it’s significant for the world’s most popular cryptocurrency. The Taproot update offers more transaction privacy and efficiency – and, more importantly, it opens the door to smart contracts, which can be used to eliminate middlemen in transactions. 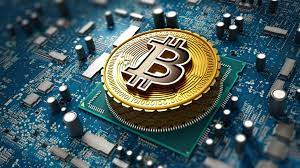 Unlike Bitcoin’s 2017 upgrade, which was dubbed the “final civil war” due to the controversial ideological split that divided supporters, Taproot has nearly universal support, in part because the upgrades are relatively minor code enhancements.

Digital signatures, which are similar to the fingerprint individual leaves on every transaction, are a big element of Bitcoin’s makeover. The “Elliptic Curve Digital Signature Algorithm,” which makes a signature from the private key that controls a bitcoin wallet and ensures that bitcoin may only be spent by the rightful owner, is currently used by the cryptocurrency.

According to Bitcoin miner Alejandro De La Torre, Taproot will include Schnorr signatures, which effectively render multi-signature transactions unreadable. It won’t provide your bitcoin address additional privacy on the public blockchain, but it will make simple transactions indistinguishable from ones that are more complicated and require several signatures.

In practice, this means you’ll have more privacy because your keys won’t be exposed as much on the chain. “You can kind of cover who you are a little bit better,” said Brandon Arvanaghi, a Bitcoin mining engineer who now heads Meow, a startup that allows corporate treasuries to participate in crypto marketplaces.

Smart contracts, which are self-executing agreements that exist on the blockchain, would benefit greatly from these improved signatures. Smart contracts could theoretically be used for almost any type of transaction, from monthly rent payments to automobile registration.

Taproot reduces the amount of space smart contracts take upon the blockchain, making them cheaper and smaller. According to Killeen, the increased utility and efficiency has “mind-blowing possibilities.”

“Lightning transactions can be fractions of a penny while a Bitcoin transaction at the core protocol layer can be much more expensive than that,” explained Killeen. In anticipation of the upgrade, which will allow for highly detailed contracts, developers have already begun to build atop Lightning.

Bitcoin could become more of a player in the realm of DeFi, or decentralized finance, as more programmers construct smart contracts on top of Bitcoin’s blockchain. Decentralized finance is a phrase used to describe financial applications that take out the intermediary. Today, Ethereum is the blockchain of choice for these decentralized apps, or “dApps.”

Although the Bitcoin community agreed to lock in the upgrade in June, it wasn’t until November that it was implemented. The two-month delay was intended to allow for testing and to reduce the chances of something going wrong during the update.

“Upgrades allow the extremely remote prospect of a bug entering the system, effectively wiping out the entire cryptocurrency system a self-inflicted wound,’ if you will,” said Jason Deane, an analyst at Quantum Economics.

This is why, according to Deane, upgrade processes are thoroughly tested, retested, and validated over long periods. Many members of the community recall the terrible migration of 2013 when an upgrade went wrong caused Bitcoin to split in half for a brief period.

“You don’t want different clients or miners in the protocol out of sync. That’s how catastrophic stuff happens,” Nic Carter, founding partner at Castle Island Ventures, told CNBC. “Because we don’t want a repeat of 2013, we have these extremely long lead times”.