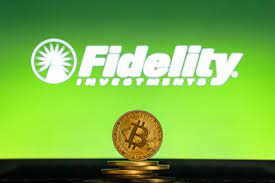 More sovereign nation-states, or possibly a central bank, are expected to buy bitcoin this year, according to Fidelity. ‘Countries that secure some Bitcoin today will be better off than their peers,’ Fidelity said in a statement.

The crypto predictions of Fidelity: Countries that secure some Bitcoin today will be better off than their peers

“There is really high stakes game theory at work here,” the business noted, “where the governments that secure some Bitcoin today would be competitively better off than their neighbors if Bitcoin adoption increases.”

Fidelity said Countries that secure some Bitcoin today will be better off than their peers. While institutional adoption of bitcoin is expected to peak in 2020 and 2021, Fidelity Digital Assets predicts that sovereign use of bitcoin will peak in 2022. The paper contrasted China’s ban on bitcoin in 2021 with El Salvador’s “opposite strategy” of recognizing Bitcoin as legal tender.

“We believe the two trends we’ve seen this year couldn’t be more diametrically opposite. “Only time will tell which option proves to be more successful,” Fidelity stated.

Despite the fact that several nations are enacting tight crypto regulations, Fidelity does not believe that outright bans are on the horizon. “A full ban will be difficult to achieve at best,” the paper states, “and, if achieved, will result in a huge loss of income and opportunity.”

Instead, as more countries accept bitcoin, others will be obliged to do so as well, even if they do not believe in bitcoin’s investment thesis or adoption.

“We also believe there is very high stakes game theory at work here,” according to the paper, “where governments that protect some bitcoin today would be better off competitively than their counterparts if bitcoin adoption increases.” “In other words, a minor cost can be paid today as a hedge against a future cost year that could be substantially bigger.”

A Fidelity Digital Assets Institutional Investor Survey indicated that 71 percent of institutional investors in the United States and Europe intend to allocate digital assets in the future. According to CoinGecko, the price of Bitcoin has dropped around 10% since the beginning of 2022 and is currently trading at $42,853.

El Salvador President Nayib Bukele tweeted his forecasts for Bitcoin in the future year on New Year’s Day 2022, making some rather big wagers. Out of the six predictions he made, it appears that “two more countries will embrace it as legal tender.”