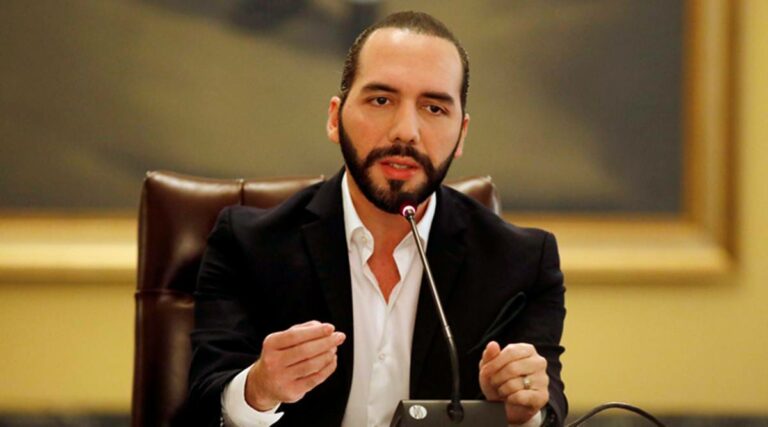 El Salvador President Nayib Bukele tweeted his forecasts for Bitcoin in the future year on New Year’s Day 2022, making some rather big wagers. Out of the six predictions he made, it appears that “two more countries will embrace it as legal tender.”

Nayib Bukele tweeted his forecasts for Bitcoin in the future

El Salvador became the first nation to declare BTC legal tender on September 7, 2021, sparking a revolution that caught the attention of many other world governments. This is a fascinating comment, especially after El Salvador’s ambassador to the US, Milena Mayorga, stated that if Bitcoin adoption is successful in El Salvador, “other countries would follow.”

Bitcoin “will become a big electoral issue in this year’s US elections,” he said. Officials in the United States have become increasingly interested in Bitcoin during the last year. Many politicians, including 2020 Democratic presidential candidate Andrew Yang and Republican senators Cynthia Lummis and Warren Davidson, have indicated support for the asset class.

Other politicians in the United States have expressed their concerns about the issue. Senator Elizabeth Warren, for example, believes it favors just the wealthy. As more lawmakers get educated on the subject, it will be fascinating to see how Bitcoin regulation develops in the United States.

The construction of “Bitcoin City” will begin, according to the president. The announcement occurred at the close of Bitcoin week in El Salvador, which included two BTC-focused conferences, LaBitConf and Adopting Bitcoin. According to the city’s announced intentions, it will have 0% income, capital gains, property, payroll, and municipal taxes, as well as 0% CO2 emissions.

Furthermore, he expects their Bitcoin bonds, which will be issued on Blockstream’s Liquid Network, will be “oversubscribed.”

President Bukele believes bitcoin will finally reach it’s long-awaited $100,000 per coin target. Many people predicted that price target for 2021, but it eventually fell short, reaching an all-time high of $69,010 per Clark Moody Dashboard.

Finally, he promised a “big surprise” during the Bitcoin 2022 conference in Miami, Florida this April. Last summer, Bukele said that he will be submitting a bill to Congress, with the help of Strike CEO Jack Mallers, to make bitcoin legal tender in El Salvador. One can only speculate as to what he has planned for this year’s convention, which he will be attending in person.

In a follow-up tweet, the President stated, “This tweet will age wonderfully.” Bukele’s predictions appear to be certain, but we’ll have to wait and see when and if they all come true this year.

Also read: Everything You Need to Know About Gaming Shiba Token