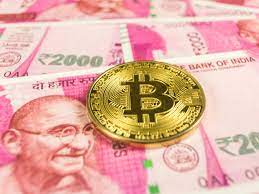 The word around the town is that the Crypto Currency Exchanges in India are currently gathering up and planning to go to the country’s Supreme Court in hopes to resolve the disputes are issues that they have with their banks recently. Due to the informal notice that was sent to the banks by the RBI, almost all the crypto exchanges had to face the issue of their users not being able to deposit INR in their wallets as they had to pause their deposits and transactions when the banks withdrew and refused their services to the exchanges.

As per a report published by the Economic Times, one of the most trusted news agencies in the country, the Indian exchanges are now planning to take the matter further to the Supreme Court to find a solution. Their biggest complaint is that the informal directive given by the RBI has been ignoring the judgement that the Supreme Court had passed last year. The apex bank had completely crushed the ban which was imposed on the financial bank and other entities in the country by the Central Bank of the country. This was a great prohibition for the banks in the country, along with the other RBI regulated entities to work with the crypto exchange and firms in India.

Although the banks in India had paused all their services that they had provided to the Crypto exchanges since almost around May 18, the exchanges were still able to access the payment processes by using third party UPI apps like Paytm and other apps for a temporary period of time. To be able to use the process, the users would firstly have to deposit money into their Paytm accounts and then they would be able to transfer it in the Crypto exchange wallets through Paytm. This too, did not work for long as the IPO-bound payment app, too, stopped being operational for the Crypto exchanges last week, leaving the crypto exchanges stalling.

The CEO at WazirX, which is one of the top crypto exchanges in the country, Nischal Shetty, told the media on May, 18- “Unfortunately, this is an industry-wide issue and all Indian crypto exchanges are facing a limitation in rupee deposits right now. We are working on adding more banking partners to support the increasing volume of INR deposits.”

“This lack of clarity, which is coming through the RBI, is hurting the crypto industry. There are multiple paths that we have been exploring because we believe in talking to the banks directly. However, if the entire industry gets cut off, we might have to take the legal route,” he continued.