Crypto mining banned for 4 months in Iran to save power

Days after a report emerged, claiming that Iran was making use of its extensive Bitcoin mining industry to lower the impact of US sanctions on its economy, it has been revealed that the country has banned crypto mining for the summer.

Both Illegal and Legal Mining to be Banned 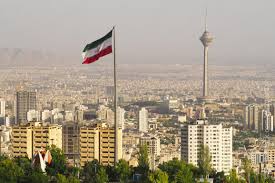 The news emerged Wednesday, when President Hadsan Rouhana announced that mining or crypto will be halted for nearly four months, following frequent blackouts in the country. The reason behind the same is the enormous amounts of energy that goes into crypto mining, which makes use of fast-paced computers for carrying out complex mathematical calculations.

The President also claimed that around 85 percent of the crypto mining processes in the country were unlicensed, and performed by illegal miners. He added that the authorised mining does not require much energy, only around 300 megawatts, while unauthorised mining results in the consumption of as many as 2,000 megawatts.

However, the country has decided to put a stop to both, licensed and non-licensed crypto mining operations, in the wake of the problems caused to lives and businesses, by the power outages.

It remains to be seen how this move will affect the country’s economy, which has heavily been dependent on mining of Bitcoin and other types of crypto, following the US bans on trades of any sort with Iranian businesses. The country is currently home to around 4 percent of Bitcoin’s present hash rate.

This comes even as many countries rush to support the growing crypto business, setting up huge computer farms for harnessing different types of tokens, which consume a lot of energy, and lead to quite a lot of pollution, especially in terms of emissions and radiations.

Capital city Tehran has been the epicenter of the power outages, along with its neighboring areas. Daily power cuts have become a commonality.