Coinbase said in India that crypto investors will now be able to send funds to its local exchange using the country’s online retail payments system. Chatterjee, the company’s chief product officer, had no reason to foresee the ensuing chaos.

Surojit Chatterjee had no reason to anticipate the criticism that would soon follow when he took the stage on April 7 at a Coinbase Global Inc. conference in Bengaluru, India.

He informed the assembled audience that crypto investors will now be able to send funds to its local exchange using the country’s online retail payments system. 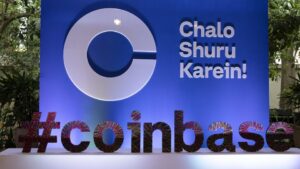 “We are committed to working with NPCI and other relevant authorities to ensure we are aligned with local expectations and industry norms,” a Coinbase spokesperson said in a statement to Bloomberg on April 11. The National Payments Corporation of India, which operates UPI, is referred to in the statement.

Not only Coinbase was affected. According to executives at the firms and local media reports, at least four additional organisations that provide crypto-related trading services have either ceased rupee deposits or seen banks and payment gateways withdraw support for money transfers onto their platforms since its announcement.

According to exchange executives, these steps put further strain on already dwindling transaction volumes. The company is also preparing for a new tax on all cryptocurrency transactions above a certain level, which will go into effect on July 1. Earlier this month, the government slapped a 30% tax on proceeds from digital asset investments.

Investors who withdraw their fiat dollars after cashing out their crypto assets on an exchange can continue to do so. Coinbase already permitted cryptocurrency trading in India, with no requirement that customers put rupees into their accounts.

The National Payments Corporation of India (NPCI), a joint venture of the central bank and the Indian Banks’ Association, is an umbrella body for retail payments and settlements in the country of 1.4 billion people. Requests for comment were not returned. According to the Economic Times, CoinSwitch Kuber temporarily ceased taking rupee deposits via UPI and other banking channels on April 12.

Crypto-trading firms in India have had a strained relationship with banks and payment service providers since 2018 when the central bank directed lenders to stop collaborating with digital asset companies.

Despite the Supreme Court overturning this instruction in 2020, some banks have remained unwilling to cooperate with the crypto sector, partly because senior officials at the Reserve Bank of India have publicly called for cryptocurrency to be banned.

Also read: Anna Rogers was duped by a Facebook ad