International Business Times has reported that a whale first bought 6 trillion SHIB tokens on Thursday and added 276 billion Shiba Inu yesterday. Other whales are taking a large interest in this SHIB coin as well. 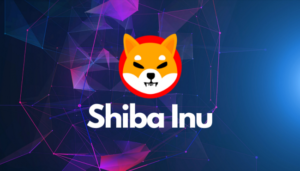 SHIB is snatched up by a whale in record numbers

According to the story, an unidentified crypto whale closed another purchase earlier today, buying three more chunks of this Dogecoin competitor meme currency: 116 billion, 159 billion, and finally another billion SHIB. On September 30, it was revealed that a SHIB whale had purchased 6,178,758,122,373 SHIB ($43,838,916)

On Saturday, the guy completed the three transactions with only a few hours between them. The total amount of SHIB purchased today is 276 billion, which is in addition to the 6 trillion SHIB purchased by the same person on Thursday.

According to the authors of the report, the Thursday buy boosted SHIB almost 7% higher and gave the coin a momentum of 4.39 percent following today’s transactions.

Crypto whales have taken a keen interest in the Dogecoin competitor, and have amassed large sums of SHIB since the coin was released to the eToro platform in late June.

Whales added another large investment in SHIB during the last week of July when the coin was featured on Coinbase Pro and Webull. More SHIB flowed into whales’ cold wallets when Binance and Coinbase added the coin in September and August, respectively.

Due to the asset’s recent Coinbase listing, the price of Shiba Inu (SHIB) has surged substantially in recent weeks, with the coin’s price climbing by more than 20% this week alone. When you consider the meme coins expanding internet appeal, with over 900,000 Twitter followers, the Elon Musk effect, and massive SHIB whales entering the picture, it’s hard to say where it’ll go next.