Data of 1.5 billion Facebook users up for sale on DarkNet

News has it that the data of over 1.5 billion Facebook users are up for sale on the DarkNet. This comes even as the social media giant’s platforms, Facebook, Instagram, and WhatsApp, went for a global outage on Monday.

Screenshots doing the rounds on Twitter depict how the personal data of 1.5 billion FB users is available for sale on dark web, and can be reached only by using a special tool called Tor. The data is also not indexed by search engines like Google. The screenshots apparently come from a post on a popular dark web forum, which advertises the information for sale.

The post claims that the data was “scraped” (stolen) this year itself, and also includes phone numbers and mail IDs. Another screenshot going viral on social media claims that Facebook’s very domain “facebook.com” is up for sale.

Interestingly, the social media giant, along with its subsidiaries Instagram and WhatsApp, faced a massive outage late on Monday, causing the firm to later apologize for the same as it worked to fix its servers. Acknowledging the fact that some users were indeed facing trouble accessing its application, it said that it was “working to restore access,” but didn’t delve into the reason for the outage.

A Tough Week Amid Whistleblower Allegations

It seems like the week just keeps getting better and better for Facebook, what with the whistleblower allegations, a global outage, and now an alleged data leak. Sunday saw whistleblower Frances Haugen make her first public appearance on “60 Minutes,” to she’d light on her claims that Facebook was instrumental in adding fire to the Capitol riots on January 6. 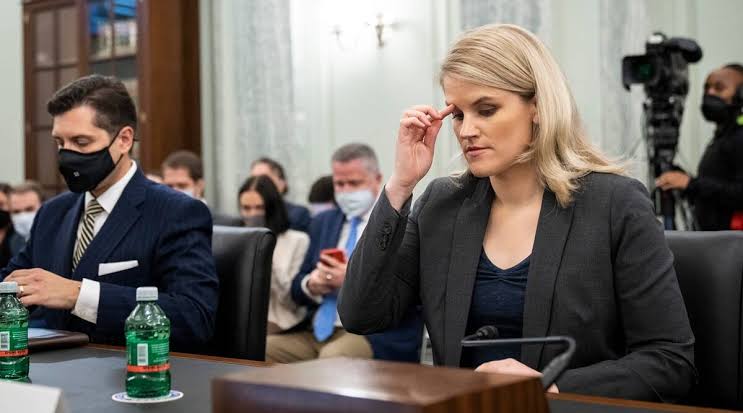 The ex-employee at the firm has already filed as many as eight lawsuits with the Securities and Exchange Commission, accusing the social media platform of repeatedly prioritizing its own profits over the safety of its users. She has claimed that FB feeds off unrest and misinformation on its platform, as it has found that such content can help boost interaction.

And that’s not all, as she has also released a trove of internal documents supporting the Wall Street Journal’s report that Instagram is toxic for young users. Haugen appeared before the US Congrese on Tuesday to testify on her allegations, and it remains to be seen what course of action the country’s Senators will be taking regarding Facebook, in the hopes of “reining it in.”