Square Enix has announced its first NFT digital stickers to be released on October 14. The price is 500 yen per sheet, and will be available in a limited quantity on the dedicated website. The NFT was developed in cooperation with doublejump.tokyo (DJT) Co., Ltd and LINE corporation. 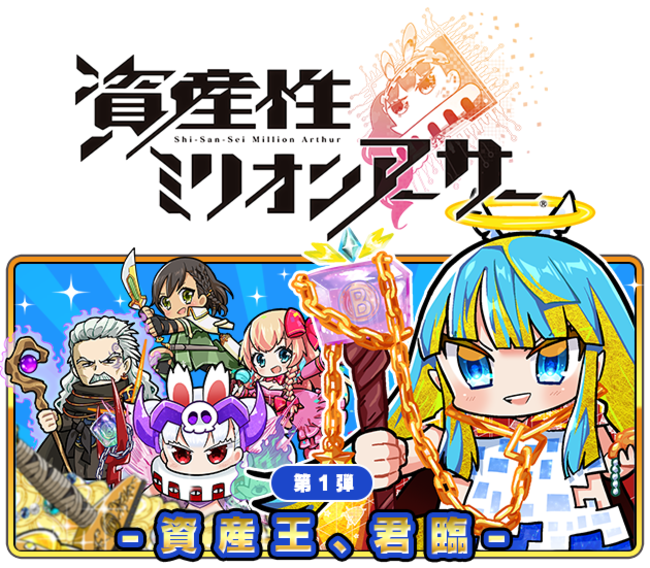 Square Enix’s first NFT “Asset Million Arthur” will come in two types, a character sticker and a 4-frame sticker, entitled “Asset King, Reign”. As for the character stickers, the users can customize the backgrounds and the frames so every sticker becomes a unique piece.  The 4 -frame sticker will be featuring the original drawing of the manga artist, Choboraunyopomi, who is best known as a creator of Ai Mai Mii. Each digital sticker can be kept in the dedicated storage to collect points, which can be used to obtain additional content in the future. There will also be a promotional free distribution of 1 million commemorative NFTs through referral signing up for the LINE official account, which aims to encourage users’ interactions.

Young Japanese adults are already adapting to blockchain technology in their everyday life. People are acquiring J-league fan tokens and using cryptos for offshore bookmakers like betway. As the sports and entertainment industries are accelerating the adoption of blockchain technology in enhancing fan engagement and experience, it is no wonder that various forms of NFT products are also developing fast in Japan. Earlier this year, Sega revealed their global plan to sell their digital contents of the classic IP (intellectual property) in the form of NFT. The NFT will feature a wide range of Sega’s digital assets including visual art, video and background music.

NFT’s potential in the gaming industry

Gaming fans are already used to acquiring and collecting items and goods featuring various digital contents of their favorite games. Some of the collectible items can be valued as highly rare among users, which promotes interests and trading between collectors. Just like famous art works, the value of each item may increase over time and that item can be widely exchanged among collectors. There is also a concept of incorporating NFT itself into the game in the form of a blockchain game, not only creating new NFT content featuring the existing games. In today’s online gaming scene, users are accustomed to the idea of purchasing in-game items such as weapons.

As the rise of NFT is revolutionizing the creative industry, NFT clearly has its high affinity with the gaming industry. Specifically, it is suitable for digital art works and game content to gain added value and rarity, which can be protected and guaranteed by blockchain technology.

The industrial initiatives by the big gaming companies toward the formation of a digital content market using NFT is increasingly visible in Japan where the culture of gaming and creative content is historically rich and abundant.