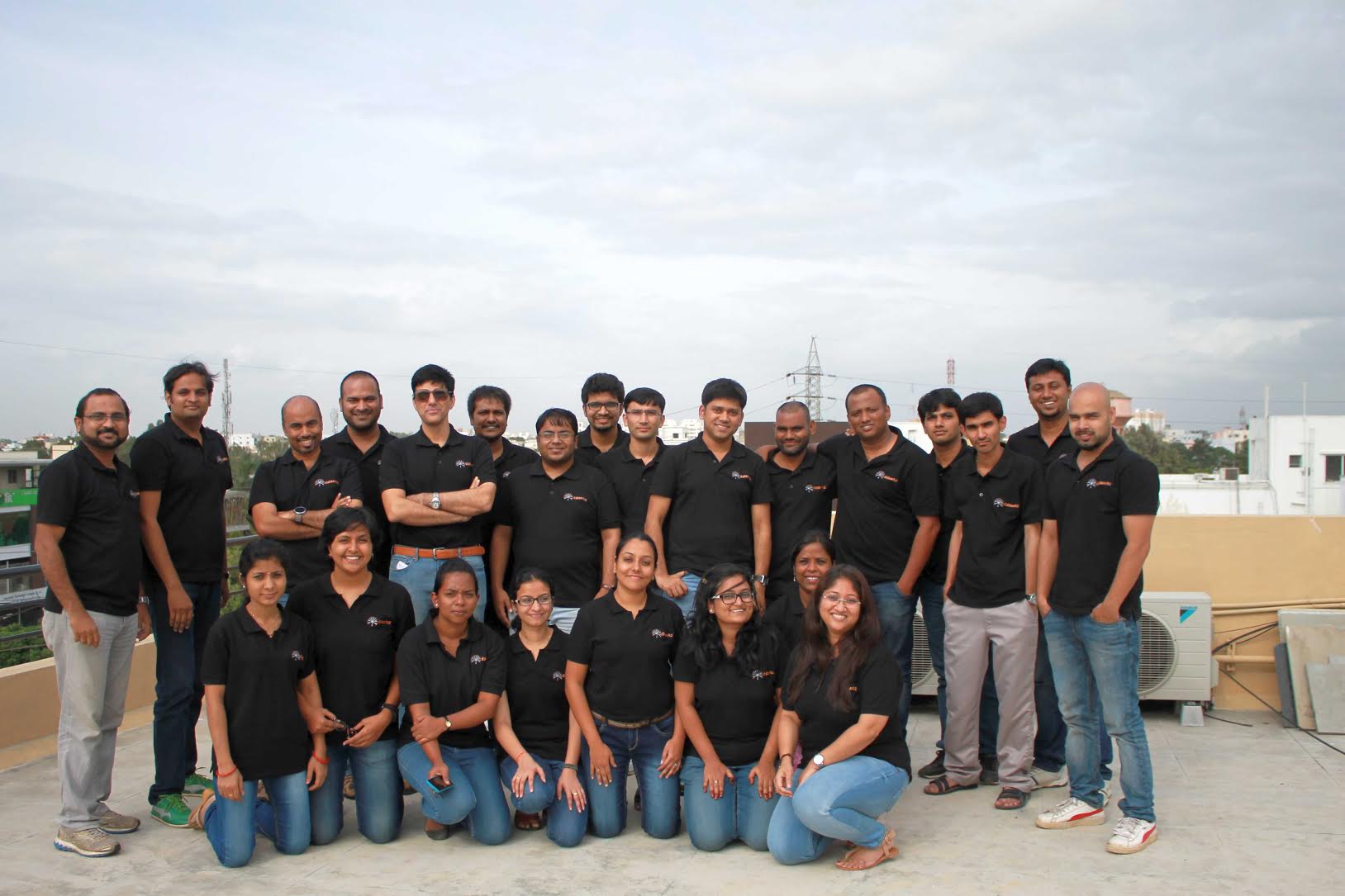 Marketing in the Age of Digital White Boards

The Advertising Technology (or AdTech) space has been quite hot over the past few years, and shows little sign of slowing down. In India, the likes of AdIquity (acquired by Flipkart), InMobi and Komli have seen recent acquisition interest, which promises to continue in the coming years.

The combination of digital marketing, data analytics, big data and high-performance solutions that we see in this space is a heady mix. The industry gets reinvented every couple of years, which means that learning about the space comes from working hands-on. For anyone who likes a fast-paced world, this is a dream come true!

Eric Schmidt had famously predicted back in 2011 that the display advertising industry will grow to the $200 billion range. The industry is still in the process of scaling up, but given the growth curves we see, and the fact that digital ad spending has surpassed TV advertising in the US, his enthusiasm is grounded in realism. To give you a sense of how large the display advertising space has become, the global estimate for 2016 is expected to hit $74.4 billion. The digital market space is expected to be worth more than $100 billion by 2020.

A New Venture by Industry Veterans

Datawrkz was jointly found by two industry veterans – Senthil Govindan, CEO and Anand Prakash, COO – who were motivated by addressing inefficiencies in the online advertising space. They realized that there is a systematic way of optimizing revenues across the board. They started by establishing in-house techniques for data analysis.

Given the international exposure that the founders had gathered over the course of their experience, Datawrkz was started with the vision of being a global innovator.

[box type=”shadow” align=”aligncenter” class=”” width=”600″] Incorporated in the year 2013, Datawrkz is essentially an Advertising Technology (or AdTech) provider for publishers, agencies and brands. They assumed their operations in January 2014 and are headquartered in Singapore with branch offices in Kuala Lumpur, Jakarta, New York and Bengaluru.[/box]

With reach that includes Display, Mobile and Video advertising, experience with different types of audience targeting and a seasoned operations team, they drive a wide range of campaigns. Finally, given the global reach that the new programmatic world brings to one’s fingertips, the vision has always been to grow into a global organization.

They started their technology initiative back in October 2014 when they were still very young, had limited management bandwidth, and had not yet grown to the current scale. They strongly felt, however, that a different approach to the Demand Side Platform market was needed. Therefore diverted precious resources and time to building out Vizibl. The early reception for the product in the market has justified their decision, and reinforced their belief that a product that is friendly towards smaller agencies will help them build a stronger positon in the market.

The other core belief that Datawrkz had is that geographical location makes no difference to the quality of work in the online advertising space. This had been proven emphatically since inception. They have clients who have provided repeat business to them while consistently adding to the pool of both advertisers and publishers who see them as a trusted partner.

Ever since its inception, Datawrkz has consistently achieved rapid growth. Tracking their progress on two key metrics – headcount and revenue – they have seen over 10% month-on-month growth and have gone from a headcount of 3 to 35 in a year and a half. A majority of Datawrkz’s revenue comes from the US with the rest spread across Europe, Latin America and South East Asia.

Their competitors are Advertising Networks and Independent Trading Desks from all parts of the world. North America, Europe and Latin America are the key regions where their peers reside. In India, the organizations that compete in the AdTech space include InMobi, Komli and AdIquity.

Some of the key trends that complement their growth in this sector are:

In addition, they are one of the largest Independent Trading Desks in Asia. Datawrkz has planned an aggressive growth path in South East Asia and North America. Datawrkz already has a sales team across Singapore, Indonesia, Malaysia, New York, and has plans to expand into Latin America and other parts of the US by the first half of 2016.

This was the main focus of Datawrkz. Along the way, they realized the issues of scale that smaller clients face in getting access to the tools that their larger counterparts can easily tap, which led to their products Vizibl and lvlUP. Vizibl is focused towards mid-sized agencies, brands and media buyers, while lvlUP is a monetization and yield management platform for publishers. As an example, their Demand Side Platform, Vizibl, allows agencies to access cutting edge AdTech in a pay-as-you-go model. This compares favourably in the mid-sized agency segment against larger Demand Side Platforms that ask for a minimum commitment upwards of $20,000/month. This simultaneously acts as their differentiation and competitive advantage. They expect to be a forerunner in online video advertizing domain through a video platform that is next in the line of AdTech products that Datawrkz is working on. A prototype is expected in the final quarter of 2015 with a production ready system in the first half of 2016.

Datawrkz strongly believes that there is a bottom of the pyramid in the advertising market that is underserved. They have established both service and technology lines of business to address this segment, and are very bullish about their expansion in areas that are not considered attractive by other players in the market. The focus on this segment of the market has helped Datawrkz hone tech and processes to scale across a large number of smaller clients. Datawrkz’s core team of analysts are skilled in shifting through data points in the tens of billions to identify opportunities to improve results for both advertisers and publishers.

Marketing a new product or service always poses a certain amount of challenge. Imagine the challenges that a marketing company would face, which is actually marketing it’s own marketing services. In the case of Datawrkz, one of the most important phases (as with so many other startups) was when starting the organization. The key challenge which they faced was entering and expanding in a new geography where they did not have any physical presence. They overcame this by tying up with right set of highly qualified sales personnel who helped them in expanding the client base and building up their footprint in newer geographies. In addition, to expanding, brand building at an international level was very crucial. They started attending advertising events both at national and international level as exhibitors or attendees and also sponsored events to get the relevant traction. They got tremendous response and have successfully built their brand presence since then.

Another challenge was to manage larger set of people as the organization was growing. They got in touch with the alumni networks of IITs and IIMs and hired highly competent individuals on board who are contributing effectively in the growth path. Last but not the least, it is difficult for any start-up without any VC funding to build trust among potential employees and hire them. Their team consisted of people from highly prestigious institutes. Though they couldn’t promise them big fat salaries like other giants in the industry, they could give them rich learning experience with lot of growth opportunities in a flexible working environment where they could enhance their capabilities both at personal and professional level.

Datawrkz is a bootstrapped, profitable, cashflow positive startup. They were profitable from their first month of operations and cash flow positive from the fourth. Thanks to prudent fiscal management, and accurate vision for how the industry is evolving, they have now built cash reserves to match a small round of funding. Given the trajectory and profitability thus far, there are no near-term plans to raise external funding. Based on market acceptance of the products that have been launched and are being planned for the future, they might selectively bring on external investors who can help expand Datawrkz’s footprint and provide strategic advice about the markets they are interested in. This success in itself is a fine example of the proficiency of the Datawrkz in efficient marketing.