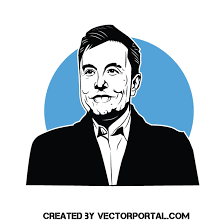 The Multi-billionaire and a defendant in the case against the micro-blogging website Twitter, Elon Musk, was chided by Delaware’s Court, which said that Musk’s demand for user details of Twitter users was ‘overreaching’. Delaware’s Court said, that, on the first impression the data demand from Elon Musk is much broader to be satisfied. Twitter was asked by the court to furnish around 9000 accounts sampled previously.

The Delwara’s Court also noted that the defendant had the necessary data to proceed, when Musk decided to terminate the deal on July 8.

Chancellor Kathaleen McCormick of Delaware’s Court of Chancery said many of Musk’s data demands were “absurdly broad,” amounting to trillions of data points that “no one in their right mind has ever tried to undertake such an effort.”

The Case of Bots

The bots or the fake accounts have been a major point of contestation in the defendant Elon Musk’s deal with Twitter. Tesla founder has cited a lack of information on fake accounts as the main cause of his opting out of the deal. The defendant Musk also believes that the number of bots is higher than 5% as being claimed by the plaintiff. Twitter however has denied the allegation.

The plaintiff Twitter, said in court on Wednesday that, the defendant Musk’s focus on spam is not valid, as the spam accounts have been defined as an estimate and not as a representation. Twitter also said in court that the real number of fake accounts could be higher.

Recently, a former employee of Twitter, Peter Mudge Zatko, made disclosures that the micro-blogging site is not presenting the true picture of bots. He said that the Twitter security system is weak. Peter Mudge Zatko also said that Twitter CEO Parag Aggarwal is lying.

The Case so Far

Elon Musk and Twitter had officially decided on the deal on the 25th of April this year. Elon Musk decided to opt out of the deal on July 8. Twitter sued Musk on July 12 and was countersued by Musk on July 29. The five-day trial is set to begin on October 17.

While the defendant Musk expects the Court to allow him to walk away from the deal, the plaintiff Twitter wants the court to order Musk to purchase the deal at the previously decided price of $54. 20 per share.