Did Musk really sell $1.1 billion Tesla shares based on a Twitter poll? 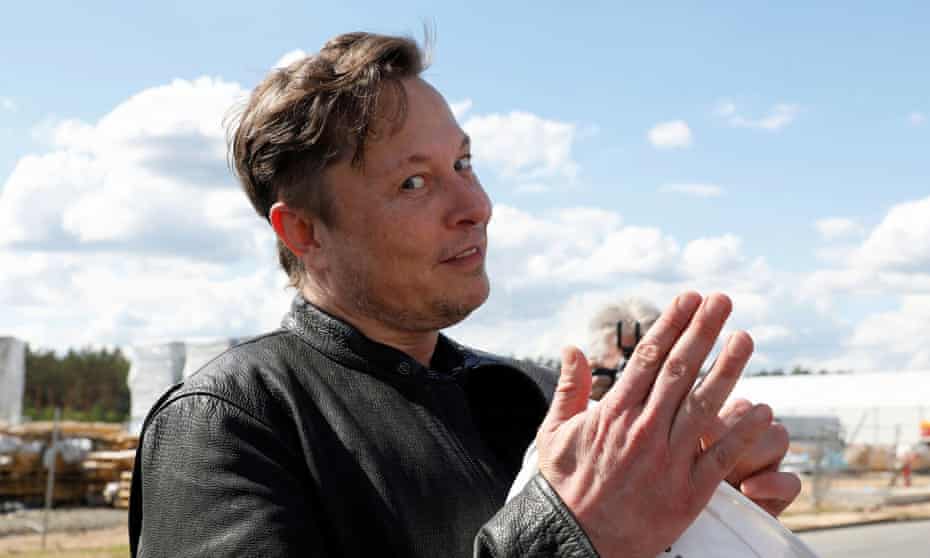 Elon Musk, the billionaire philanthropist and the proud owner of some of the most futuristic companies in the world like Tesla, SpaceX, Neuralink and the Boring Co., is always in the highlights for doing something either totally crazy or completely genius. The question is what did he do this time?

Well, Musk has always had a history of crazy tweets on the social media platform where he is majorly active and even interacts with his fans and followers. Very recently, Elon Musk was announced as the richest person on the planet, surpassing Amazon founder Jeff Bezos, following which he was trending on Twitter. The man is a billionaire but fun fact, Musk does not take any cash salary or bonus from any of his companies, be it SpaceX or Tesla, he only gains stocks which increases his net worth directly. According to one of his latest tweets, Musk says that stocks are the only way for him to pay taxes and personally, in order to do so, he would have to sell his stock.

Also, there was a fuss about some billionaire tax that Musk is supposed to pay. Yes, Musk was questioned for being the wealthiest person on the planet, paying so little in tax, directly accounting for extreme inequality in the society. US Democratic Senator, Ron Wyden called on Elon Musk on Twitter to get some answers. On the other hand, Musk says that he is really on edge for not paying any more tax to the government for the wealth that he has gained over the years. There was a feud between Musk and senator Wyden on Twitter, leading up to this point where Elon Musk, founder of Tesla asked his 63 million Twitter followers if he should sell 10 percent of Tesla stock or not. This question, as per multiple critics and analysts is very important considering that without actually selling the stock and cashing out on the money, the billionaire is hardly liable to pay tax on his enormous fortune that he owns- 17 percent of Tesla stock worth USD 200 billion.

Why does ur pp look like u just came?

For your information, the United States government has proposed an idea to begin taxing billionaires an annual tax on unsold assets like stocks belonging to the wealthiest citizens of the States. There are over 700 billionaires in the country and Senator Wyden’s proposal for the same has already been rejected.

Anyhow, Musk is not stupid to sell USD 1.1 billion worth of Tesla stock based on a Twitter poll, he must have had some trick up his sleeve because he already went through with it. Yes, Elon Musk took the poll and the majority asked Musk to sell his stock.

Musk said in his Twitter thread that he will abide by the results of this poll, whatever they are. But it is still not clear on what’s behind Musk’s strange Twitter poll, how could he just leave USD 1.1 billion worth of wealth in the hands of his Twitter users, who probably don’t have the slightest idea of Musk’s expenses, expenditures and how this whole system works. We know for sure that Musk isn’t stupid, so maybe there is a master plan behind all of this. Guess what, there is.

Analyst Matt Levine notes that the documents reveal that Musk had already planned to sell these shares long before and established his interest in offloading his shares around September 14th. According to The Verge, Elon Musk’s compensation plans had some shares that were due to expire in 2022 and to exercise his grant, he would require to sell over USD 15 billion in shares as he described at the Code Conference on 28th September. So basically, Musk had no option but to sell his Tesla stock or they would expire.

Note, I do not take a cash salary or bonus from anywhere. I only have stock, thus the only way for me to pay taxes personally is to sell stock.

The trending Twitter poll was just a publicity stunt, you know if it does not sound negative. I mean, Musk has always been an entertainer and someone who really likes to interact with his followers, this way he got to do it and gain their trust.

Continuing on the Twitter poll, Tesla stock prices dipped by 9 percent as the majority of his followers supported the idea of Musk selling 10 percent of his Tesla stake. The recent decline could be Tesla’s biggest dip this year. However, despite this minor inconvenience, TSLA is still running up by 48.75 percent, trading at $1,049.65 per share, as mentioned in a report by Yahoo Money.

According to recent reports, the total share price dipped accounts for 13 percent after 9 percent it did before. Anyhow, the prices are speculated to stabilize now as the result of the poll is out and it is confirmed as to why Elon Musk is selling 10 percent of his Tesla stock.