The revival of crypto market providing an opportunity to Dish.

After the market crash, all the investors, companies and institutions were keenly observing the market and were waiting for the market to revive back. Now, when the market is slowly moving towards normalcy and reviving itself, many people, institutions have started getting their foot hold in the market.

Dish Network Corporation also ceased on to opportunity to dive into the crypto market by announcing a partnership with Cardano. They plan to launch a decentralized identification and loyalty coin system built on Input Output Global (IOG) technology.

Caradano performance after the market has started to revive. 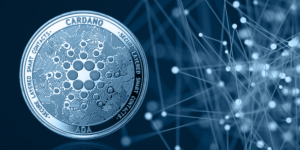 Since the market started reviving, Caradano is among its best performers in the past few days, inquest to grow and develop an ecosystem of its own. In its quest, Caradano partnered with the U.S Satellite Giant Dish, to build a blockchain of its own.

Finally, it can be said that both the companies have joined forces on this project to create a fully digital and decentralized identification and loyalty framework built first on the Cardano Blockchain.

How does Dish envisage to conquer the market?

Let’s take a look at how the cooperation will work out first. The MVP (Minimum Viable Product) will allow for the creation of loyalty tokens on the Cardano Blockchain, which will be linked to the Boostone Loyalty program’s loyalty coin balance. Following that, Cardano will use a Dish Controlled Wallet to track the coins purchased by consumers and mint or burn them in a nightly batch operation. However, this seems to be the first phase in the partnership.

The next step will be blockchain adoption, in which DISH customers will be gradually introduced to various parts of blockchain ecosystems.

The cooperation between the two companies was originally announced in 2021 during the Cardano Summit, by the CEO of Input Output Global, Charles Hoskinton. Originally, the cooperation had planned to create a novel blockchain solution with an aim to drive the adoption of decentralized technology.

Yes, it is true that the market crash wiped out billions of dollars. But as the market is coming back to its normalcy, a lot of opportunities are coming out of the ground for institutions to invest in the crypto market. Dish was no different and ceased onto the opportunity. Launching a loyalty coin just when the market is reviving might be a positive approach, to lure investors and to help the market revive further.