The Walt Disney Co is all set for Bob Iger’s return as the chief executive officer of the company, less than a year after he retired from his position. The shocking return coincides with the entertainment behemoth’s effort to push up investor confidence and profits at its streaming media unit.

On Sunday, the Walt Disney Co. issued a statement saying, Bob Iger, now 71, was the company’s CEO for the last fifteen years and retired as a Chairman last year. After much persuasion, he has agreed to serve the company for two more years, effective now onwards.
Bob Chapek, who took over as the company’s Chief Executive in February 2020, soon after which the COVID-19 pandemic hit, causing to park closures and severe restrictions on travellers globally, will be replaced by Bob Iger.

On Monday, the company’s shares were recorded to be 8.2% at $99.30 in premarket U.S. trading, whereas the Frankfurt-listed stock jumped as much as 9.6% in European hours, and was set for its best day in almost two years.

As the company spends billions of dollars to compete with rival Netflix and seeks to improve its share price, Markets. com analyst Neil Wilson said, “Maybe the old hand on the tiller is what’s required.”

So far this year, they have fallen more than 40%, falling behind the nearly 7% year-to-date drop in the broader Dow Jones Industrial Average.
Chairwoman Susan Arnold said in the statement, “The Board has concluded that as Disney embarks on an increasingly complex period of industry transformation, Bob Iger is uniquely situated to lead the Company through this pivotal period.” 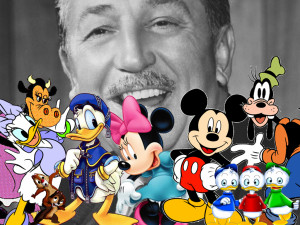 Disney’s earnings report this month which disappointed investors, showed piling losses at its streaming media unit that includes Disney+. The company’s shares hit a 20-year low the day after the fourth-quarter earnings.

The entertainment enterprise lost nearly $1.5 billion in the quarter, which is more than twice the last year’s loss, overshadowing subscriber gains.