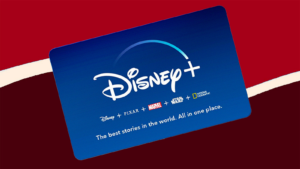 Towards the end of 2021, the world of OTT (over-the-top) platforms witnessed a minor milestone in the “streaming wars.” Disney Plus, Disney’s service ready for blockbusters overtook Netflix in the number of new subscribers for the first time ever. A setback that Netflix had never suffered in the numbers game, which resulted in the drastic fall in its stock price.

With such a turn in the ‘streaming wars,’ each streamer is planning the maintenance of their quality in 2022. They plot for it while making sense of their business which involves their enormous content undertaking. In case of Netflix, it involved the adoption of an increase in their baseline price. On the other hand, for Disney, it indicated towards addition of new subscriptions plans for viewers who are still yet to subscribe.

On Friday, March 4, Disney made an announcement stating that they would come up with a new subscription plan, identical to the ones offered by Hulu. This subscription would be introduced in the second half of 2022 and would be ad-supported. The option of the no-ad subscription would still exist, beside the bundle options from other streaming services like ESPN Plus and Hulu. The final structure of the prices is still yet to be revealed but it is expected to cost less than the no-ads plan that currently exists at $7.99 per month. From the announcement, it was evident that Disney Plus would follow the structures of other platforms like Peacock, HBO Max and Hulu.

“Expanding access to Disney Plus to a broader audience at a lower price point is a win for everyone — consumers, advertisers, and our storytellers,” said Kareem Daniel, chairman, Disney media and entertainment distribution, in a statement.

Daniel also pointed out how more viewing customers would have access to the great content offered on the platform. Crucially, present advertisers would have the ability to reach to a wider range of audiences. Finally, storyteller i.e., artists in the entertainment industry would have access to a promising platform to showcase their talents with every segment of the society.

Disney reported their present subscriber meter to hit a whopping 129.8 million in number, in the last earnings call. This number includes the 45.9 million subscribers from the international service of Disney Plus Hotstar. The streaming company expresses its hope to hit a mark of 230-260 million in subscribers by the year 2024. This also indicates a strategic pipeline in cinematic universes of Star Wars, Marvel, along with Disney-adjacent shows. In hopes of attracting more customers, the company is adopting new ways such as the upcoming shows in the works.