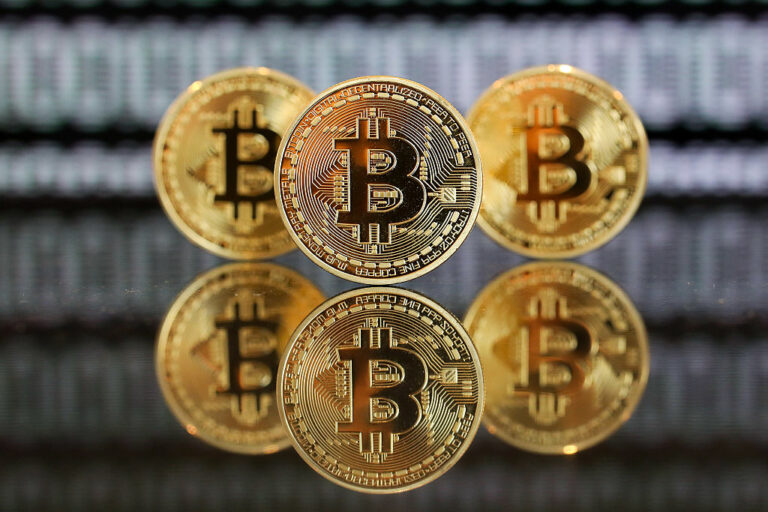 A collection of bitcoin tokens stand in front of an illustration of binary code in this arranged photograph in London, U.K., on Wednesday, Jan. 4, 2017. The electronic coin that trades and is regulated like oil and gold surged 79 percent since the start of 2016 to $778, its highest level since early 2014. Photographer: Chris Ratcliffe/Bloomberg via Getty Images
Home
Crypto

Everything You Need to Know About the Privacy Coin: Zcash

In a world where our personal information, hobbies, and activities are increasingly being recorded and documented, it’s no wonder that cryptocurrencies that provide users with anonymity continue to be popular, despite efforts by regulators and exchanges to restrict their accessibility.

According to a 2021 Big Brother Brands analysis, firms such as Uber and Meta (previously Facebook) capture between 56.41 percent and 79.49 percent of their consumers’ personal information. If the contentious Meta-backed diem digital money is successful in reaching the general public (a big IF), Meta will unavoidably obtain access to its users’ transaction data. This implies that the tech behemoth not only knows who you are and what you enjoy, but it also knows what you buy and how much you spend.

Zcash is one of the top digital currency blockchains that aims to address this growing issue and give its users back control and privacy.

What exactly is Zcash?

Zcash is a blockchain-based payments network that focuses on privacy by using zero-knowledge proofs (ZKPs) to shield transactions, allowing the contents of a transaction to remain secret even on a public blockchain. Zcash, which arose from the Zerocash protocol, diverged off the Bitcoin network in 2016. ZEC is the ticker sign for its native token, zcash.

ZKPs are the result of a cryptographic approach developed in the 1980s. They let two parties to verify information with each other without sharing the underlying data.

For example, you can demonstrate that you are above the age of 21 without revealing your real date of birth (or any other irrelevant information that some forms of identification, such as your driver’s license, may carry).

This cryptographic improvement essentially allows shielded Zcash transactions to be entirely encrypted on the blockchain while still being validated by the network’s consensus.

There are two kinds of addresses in Zcash:

Shielded addresses, or z-addresses, are encrypted, which means you can’t see the data on the blockchain, therefore transactions sent to them aren’t accessible, nor is the number of funds z-addresses carry.
Observers won’t be able to know where funds went if at-address transmits them to a z-address. When one z-address sends a transaction to another z-address, the transaction is completely hidden from prying eyes, making it one of the most private and secure alternatives available.

What has happened to Zcash in the last few years?

Since its fork in 2016, Zcash has continued to refine and expand on the main services it provides. Halo, a “trustless recursive” version of ZKPs; the release of an open-source, shielded-first, fully functional Zcash wallet in 2020; and the activation of the Heartwood Network Upgrade, also in 2020, which added Shielded Coinbase and FlyClient support, are some significant advancements in the last few years.

Not to mention a rise in institutional support and the first-ever halving of the Zcash price.

Halo and Halo 2 In 2019, Zcash announced Halo, a new zk-SNARK that solved two of the privacy coin’s criticisms: scalability and trustworthy setups.

Zcash was released with a secure setup. A trusted setup generates a secret number, and the Zcash protocol uses a derivative of that number. This number is performed in numerous parts by a variety of actors. They must then all destroy “cryptographic poisonous waste” without exposing what it was. Each hard fork would have required a trusted setup.

The Zcash Multi-Party Computation Ceremony, which used a trusted setup, was captured on YouTube and even appeared on NPR’s Radiolab.

Halo did away with the necessity for a trusted setup as well as the “cryptographic poisonous waste that came with it.”
At the time of the Halo announcement, CoinDesk Chief Content Officer Michael Casey wrote:

“Halo allows a user to verify that no one engaged in the initial establishment of a large-scale, zero-knowledge proof system built a secret backdoor via which to subsequently alter the code and that that secure state has existed throughout the system’s continuous updates and changes.”

A trustworthy setting created zero-knowledge proofs, which are still in their infancy, large, and relatively impractical for use other than proving one-off specific facts.

“To be sure, one-off trustless solutions known as ‘bulletproofs’ have been around since 2017, but they lack the recursive quality required to check the constantly accumulating information within a vast, expanding, changing database,” Casey wrote.

According to Steven Smith, head of engineering at ECC, Halo improves on ZKPs by allowing them to compress any amount of data into a short proof that can be reviewed rapidly. Smith stated in an email that the removal of a trusted configuration is a critical “step toward our Scalability 2021 initiative.”

Halo 2, which was released in 2020, improved on Halo by use PLONK, a revolutionary z-SNARK, rather than “Sonic” to verify transactions. PLONK is more efficient than Sonic and would allow Zcash to scale further while also bringing it closer to eliminating the need for a trusted setup.

According to the Halo 2 blog article, PLONK is an example of proof that can verify itself, “enabling any amount of computational work and data to produce a concise proof that can be checked fast.”

Smith stated that one goal was to “ensure that at least 40% of the globe could read and comprehend the ECC reference wallet.” The app was translated from English into five languages with the help of the community: Simplified Chinese, Russian, Spanish, Italian, and Korean.

“In addition, thanks in great part to the work on our SDKs, Unstoppable became the first multi-currency wallet to offer shielded Zcash compatibility for iOS and Android,” Smith added.

FlyClient is a more efficient technique for “light-client block-header verification,” or verifying blocks on a blockchain, and it has the potential to expand Zcash’s usability and market. FlyClient supports light client use-cases as well as a class of cross-chain interoperability efforts such as tZEC, an Ethereum-compatible ZEC coin.

Zcash is being halved.
Zcash experienced its first halving at the end of 2020, resulting in a reduction in miners’ block rewards from 6.25 ZEC to 3.125 ZEC, as well as the launch of the network’s fifth upgrade, Canopy, which did away with the contentious “Founders Fund,” which some members of the Zcash community felt gave too many ZEC tokens back to the founders.

Instead, 8% of mining rewards will now be transferred to the Major Grants Fund, which will be controlled by the Major Grants Review Group (MGRC), a five-member committee appointed by the community. The fund will support development and adoption activities in addition to the work of the ECC and Zcash Foundation.

Problems to be solved
Zcash has a few obstacles to overcome.

“As with any cryptocurrencies, there may be vulnerabilities or concerns that we aren’t aware of,” stated Josh Swihart, ECC’s VP of Growth. “Although the possibility of an exploit is statistically negligible, Zcash’s trusted arrangement poses a risk for some.”

The expectation is that the wider implementation of Halo 2 in 2022 will be able to do away with trusted setups and the “toxic waste” that they generate.

“If Zcash is to be utilized for worldwide payments by billions of individuals, it will also need superior scalability,” Swihart said.

Finally, several exchanges have delisted privacy coins such as Zcash, which may continue to be an issue. Because of their propensity to mask unlawful conduct, core privacy features built into protocols such as Zcash and Monero have alarmed authorities and legislators. Shapeshift and BitMEX is among the cryptocurrency exchanges that have delisted ZEC (along with XMR and DASH), purportedly due to regulatory pressure. At the same time, cryptocurrency exchange Gemini was the first to allow users to withdraw Zcash using its anonymizing feature in September 2020.

“Since its launch in September, 11.8 percent of Zcash withdrawals on Gemini have been transferred to shielded addresses,” according to Electric Coin Company’s 2020 Zcash review.

“In terms of what we haven’t proceeded on as quickly as we would have liked,” Smith said, “we had hoped to have made greater work on shielded hardware wallet support.”
The Future of Zcash Zcash’s Halo and Halo 2 improvements provide the finest opportunity for the privacy currency to address some of its most vocal critics. However, the possibility of privacy coins being delisted by exchanges does not appear to be reducing and appears to be a never-ending forest to navigate.

But when it comes to privacy coins, and former challengers like Dash that have all but abandoned the label and safeguards, Zcash is solidly in the discourse and will continue to march ahead as such.
Make the switch to proof-of-stake.
On November 19, 2021, ECC revealed intentions to transition Zcash from its equihash-based proof-of-work consensus method to a more energy-efficient and interoperable staking-based approach.

In a blog post earlier that year, ECC CEO Zooko Wilcox-O’Hearn proposed such a shift, stating that it would “[reduce] the downward pressure on the price of ZEC and [provide] more utility for ZEC.”

Furthermore, staking would provide value by allowing more users to participate in validating network transactions in exchange for incentives. Not to add that upgrading to PoS would significantly reduce energy use, making Zcash a more ecologically friendly project than it is now.
Although no exact timetable has been set for the implementation of this transition, ECC has stated that it is expected to take place within the next three years.