Indian, internationally recognized pharmaceutical company, Dr. Reddy’s has agreed to procure Cidmus from Novartis for a staggering price of Rs. 456 crores ($61 million USD). Cidmus is a group of medicines that is primarily used to treat heart failure. It comes in tablets.

The medicine consists of a mixture of Valsartan and Sacubitril. Cidmus helps in treating heart failure by thinning the blood so it makes it easier for the heart to pump the blood out for it flow throughout the body.

Dr. Reddy’s now has the trademark and the rights to produce and sell Cidmus across the country.

According to official sources, Cidmus achieved a total sale worth Rs136.4 crores over the past year. The medicine is produced in three different strengths. With Dr. Reddy’s the only company allowed to sell the medicine, it will really establish their position at the summit of the pharmaceutical industry in India.

Dr Reddy already has established channels to mass produce and sell their medications. With the procurement of Cidmus now, they can really maximise their reach across India but especially the larger cities like Mumbai and Bangalore where it is assumed to have higher demand for the medicine. 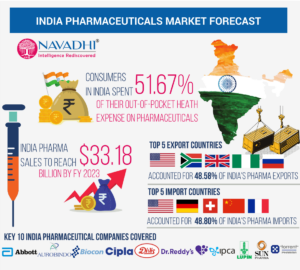 Not only will Dr. Reddy’s look to expand their customer base now, but they will also look to expand to various doctors across India and strike deals with various hospitals and clinics.

This move also bodes well for the country as a whole as India is the third largest producer of pharmaceuticals in terms of volume. According to official reports, India exports a fifth of the worlds supply of generic drugs. Ever since the onset of Covid, the government was forced to impose lockdowns and also had a massive problem of overcrowded hospitals which led to people not getting the required treatment and many died in the streets waiting for treatment. The pandemic showed major flaws in the Indian healthcare system and the government is now revamping the system by putting full faith in pharmaceutical companies to mass produce medicine. Dr. Reddy’s, acquisition takes India one step closer to their goal.