The big name in sports; Dream 11 has recently been in news due to $ 400 million funding. The funding amount has now made things quite interesting as it will definitely help to create a significant impact on the valuation. The valuation is now is clearly $ 5 billion. The news can be more known by looking at the details.

It is an Indian fantasy platform that basically caters to the sports segment by allowing the users to play cricket, hockey, football, kabaddi & basketball. The company was formed in 2008 by Harsh Jain & Bhavit Sheth. They provide virtual facility of being your players and scoring the highest points with great rankings.

The timeline has been quite interesting and certain important facts can be considered like:

The company has established great partnerships like with Indian Premiere League of up to Rs. 2.2 billion. In recent years they have the title sponsorship of Super Smash Domestic Twenty 20 competition in 2019. In 2018 also made a partnership with International Cricket Council, Pro Kabaddi League, International Hockey Federation, WBBL and BBL. 2017 also had a strong partnership with Hero Caribbean Premier League, Hero Indian Super League and National basketball association.

100 million users have been crossed by the company.

It is the biggest milestone for fantasy gaming firm.

Gaming is the new attraction as it binds with the virtual segment in such an efficient way that it is offering huge revenues. 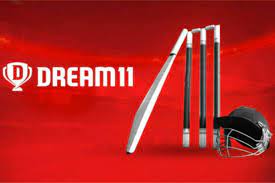 The largest investment in the gaming ecosystem has been made on Thursday and it has been bagged by none other than the Dream 11 company. The funding amount was $ 400 million and the major range of investors were TCV, D1 Capital Partners and Falcon Edge.

The other players that participated were TPG Growth, Tiger Global and some other major players. The timing of funding is quite interesting as it is right before the season of next premiere league with a major focus on more revenues in the coming times to come. It will definitely boost the performance of the company.

The major milestone in 2020 was concerned with secondary funding of $ 225 million.

The CEO  Harsh Jain has clearly said that the pandemic has made its very great contribution in terms of users by increasing it from 75 million to 100 million users. He also underlined that the major reason of going for secondary funding was to give a clear signal that we are strong internally and have provided great returns.

India is a land that holds special place for sports especially cricket. This has been the major reason why virtual reality gaming like these are gaining popularity at such a fast pace. Funding like these will make them more resilient and confident in the times to comes.