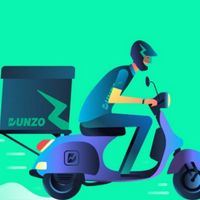 Dunzo, a hyperlocal delivery service, is in advanced talks to raise $150–200 million from Middle Eastern sovereign wealth funds. Funds that are at a valuation similar to that of its initial funding round or a flat round, persons familiar with the situation reported.

According to sources, Reliance Retail and Google, Dunzo’s two most prominent owners, are not likely to take part in the most recent capital infusion.

It is believed that the Abu Dhabi Investment Authority (ADIA). It is a shareholder in Reliance Jio and will most likely lead the round. According to sources, there is also a remote possibility that Dunzo has spoken with Abu Dhabi Developmental Holding Company (ADQ). They did, however, underline that Reliance Retail and Google own around 25.58% and 18.54% of Dunzo, respectively. As a result, they will not participate in the current fundraising effort.

“Dunzo has engaged with investors in the United Arab Emirates to raise between $150-200 million at a flat valuation. So it may even be offered a minimal premium but nothing needle moving,” one of the persons cited above said.

The firm founded by Kabeer Biswas has so far raised more than $400 million from its investor. ADIA, a global investment firm based in 1976, makes investments on behalf of the Abu Dhabi government.

Dunzo has been witnessing growth in the revenue

According to sources, the fundraising is probably going to end this month. Another individual added, “Dunzo’s revenue has been growing, but the nature of the business is such that it needs to keep pumping in money, and that’s mostly the reason why you won’t see existing investors pump in more money at the same valuation as last time. But ADIA looks like the easiest contender since it has already invested in Jio, a Reliance Industries company.” When contacted, Dunzo declined to comment on the matter.

The most recent valuation of Dunzo was around $750 million. Additionally, that value will likely hold throughout the current capital injection.

As previously mentioned, enterprises are forced to maintain the valuations at which they last received funds. This is because startups are having a difficult time finding new capital. Moreover, fundraising rounds have been dropping virtually monthly since the beginning of the year.

Dunzo offers speedy delivery of groceries and other things in ten nationwide cities. As a result, it recorded an increase in the total income of Rs 67.7 crore in the financial year (FY) 2022. At the same time, talking about the year before, it was Rs 29.4 crore.

Due to a doubling of expenses, its annual consolidated losses increased to Rs 464 crore from Rs 229 crore in FY21. In contrast to Rs 209 crore in FY21, it had a negative operating cash flow of 603 crores at the end of FY22.

The company probably spent the majority of the $240 million it received in January from Reliance Retail, Lightbox, Light rock, 3L Capital, Alteria Capital, and other investors due to the increase in expenses.