Edtech Start-up Leap Raises $75M in Latest Round of Funding San Francisco-headquartered edtech startup Leap, which also has offices in Bengaluru and Singapore, has raised over $150 million in equity since its inception.

Despite the education tech sector in the country shrinking and crumbling by the day, one of their players, Leap has just announced that the company has successfully raised funds amounting to $ 75 million USD in their latest round of funding. This round was primarily led by Owl Ventures and also saw the participation of a few other venture capitalists and fund management companies such as Steadview Capital and Sequoia Capital India.

Ever since the company was set up, it has received investments amounting to $ 150 million USD. Just under a year ago, $ 55 million USD was injected into the company in a round that was also primarily led by Owl Ventures. 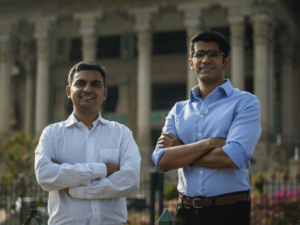 Leap is an edtech start-up company that is a full stack global platform for students. With over 2 million students under their wing, the company offers a whole range of courses for international studies. They offer coaching in various international competitive exams such as TOEFL, SAT, and IELTS. They also have a bunch of services for further education such as help with applications, visa counselling, and even a few financial unbonded scholarships and loans that have been tailored just for students. They even offer a bunch of financial services such as international student credit cards. The company was founded 3 years ago back in 2019 and its head office is situated in San Francisco, USA.

The MD of Owl Ventures, Mr. Amit Patel said that the entire process of applying for colleges within the country and internationally and they assist students and navigate them through the daunting processes of it. The demand for studying internationally is rising year by year and Leap has positioned itself in a great place to capture the market and help the dreams of millions of students across the globe come true.

According to the company, they have helped 1.75 lakh students to travel and study internationally over the past year.

The co-founder of the company, Mr. Arnav Kumar said that they have built the foundation for this company and infrastructure has been set up well to. With this fresh batch of funds, it is now time to scale up and ramp up their operations. They have already launched many services which never existed before, and they will continue their innovation and continue to introduce more services as the months go by. The company currently has tie ups with around 800 universities around the world and they plan to increase that as well.