It has been a rocky period for the education tech industry over the past few months, as one of its players, Vedantu took the hard decision to lay off at least 200 of their employees as they follow the trends of other players in the same market. Previously, their direct competitors like Unacademy and Lido which are both Indian based firms also was forced to go through a big downsizing. 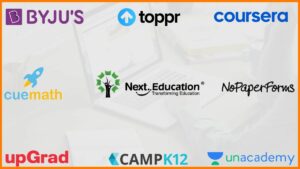 It has been less than year since the start-up gained the status of ‘unicorn’ which they achieved in September of 2021. a unicorn refers to any start-up that has crossed a valuation of $ 1 billion USD. Any company that is looking to make it big will target the unicorn status as a massive milestone in their journey.

The 200 employees that were let go constituted just under 4% of the firm’s total’s work force.    Out of the ones let go, 120 of the contracted with the company working with Vedantu while the remaining 80 are employees working for Vedantu said the firms spokes people.

He also said that they set up contracts with their clients and educators in a yearly basis and that they readjust the number and strength of them at the start of every year depending on the market trends, market predictions and growth goals and expectations of the company.

They went on to say that reassessment taking place now cannot happen as half of the year is almost over and it will disrupt the entire flow of their educational courses and their educators’ work. Smooth education and imparting knowledge efficiently are of paramount priority for the company.

They went on to say that the firm plans to employ one thousand other people in to the company across every department and a tenth of them will be similar roles.

There have been theories that the online education tech industry is gradually losing its steam in the country after hitting its peak during the coronavirus and ensuing lockdowns. Now that schools and other educational institutions have slowly started to open up for physical classes and learning, the demand for staying at home and using online classes has taken the back seat. It would be like an extracurricular or a supplement to what schools teach although their courses are not built like that. With many players in the market laying off their employees, it seems like it might just be true and the ed tech sector will never hit the peak it reached during the lockdowns.