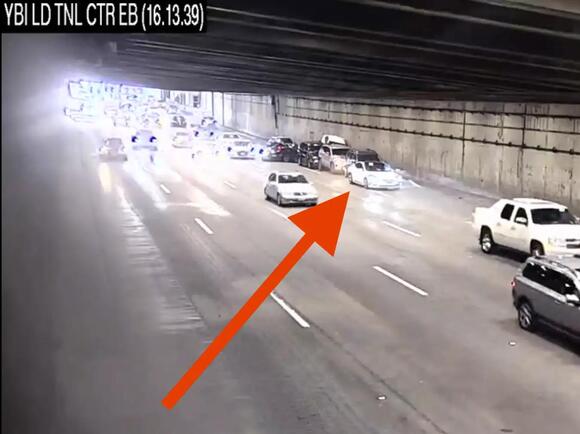 In November there was an eight-car pileup in San Francisco. Now it is confirmed that the autopilot assist system is the cause of the accident. In a video clip that was shared by the Intercept, it was revealed how Tesla Model S was pulling into the far-left lane of traffic on the busy bridge. Then it quickly brakes causing multiple cars to crash in its wake. This accident injured nine and sent a  child to the hospital.

The driver told the California Highway Patrol (CHP) that their Tesla’s “full self-driving” mode was responsible for the Thanksgiving day crash. The feature had just rolled out in beta to North American Tesla drivers that month, which Tesla hailed as “a major milestone.” The CHP has not confirmed whether that was the case and said Tesla would possess that information.

I obtained surveillance footage of the self-driving Tesla that abruptly stopped on the Bay Bridge, resulting in an eight-vehicle crash that injured 9 people including a 2 yr old child just hours after Musk announced the self-driving feature.

Teslas with Autopilot warn drivers not to take their hands off the wheel, urging them, “Do not become complacent,” because, “It may do the wrong thing at the wrong time,” ZDNet reports. The head of the National Highway Traffic Safety Administration says the agency is “working really fast” on its probe of Tesla’s Autopilot system, which the NHTSA launched in August of 2021.

According to Reuters, “We’re investing a lot of resources,” NHTSA acting head Ann Carlson said on Monday. The NHTSA chief said it was paying particular attention to a 31 December tweet where Mr. Musk suggested Tesla would update its software in January to eliminate the “steering wheel nag” for drivers who traveled over 10,000 miles on Tesla’s full self-driving mode, an automated alert that urges drivers to keep their hands on the wheel to confirm they are focused on the road.

Tesla’s self-driving technology was involved in 273 known crashes between July 2021 and June 2022, The Intercept reports, based on NHTSA data, and accounted for almost 70 percent of 329 crashes and a majority of fatalities and serious injuries in crashes in which automated driving systems were involved. Mr. Musk has made the self-driving capabilities of Tesla’s a key selling point, describing last year how “It’s really the difference between Tesla being worth a lot of money or worth basically zero.”

The driver told the California Highway Patrol (CHP) that Tesla’s full self-driving mode was responsible for the Thanksgiving Day crash. The feature debuted in beta for North American Tesla drivers that month, which Tesla described as a major milestone. As ZDNet reports, Tesla with Autopilot is warning drivers not to take their hands off the wheel, urging them to “don’t get complacent.” because “it could do the wrong thing at the wrong time.”