El Salvador accepts Bitcoin at Starbucks, McDonald’s, and everywhere else

El Salvadoreans have been learning about their new legal tender cryptocurrency Bitcoin (BTC) and have started using the Lightning Network to buy everything from Big Macs to freshly brewed coffee. 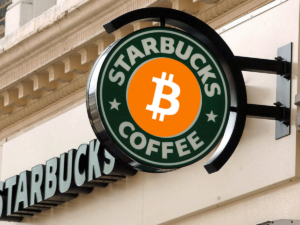 Mario Aguiluz, Vice President of Sales at Guatemalan brokerage IBEX Mercado, released a video of himself buying a Starbucks coffee for BTC, a transaction that took just moments to approve using his and a barista’s mobile phones, from inside El Salvador.

“El Salvador now feels like a scavenger quest, wondering who else accepts bitcoin,” he said. Pizza Hut can now be added to the list. Bart Mol, the Founder and Host of the Satoshi Radio Podcast, tweeted about his experiences in El Salvador on “Bitcoin Day,” including a “totally non-custodial” transaction at a restaurant for “26 sats” using “our node back in the Netherlands.”

Other overseas reporters stated that their bitcoin-spending activities had been successful. Michael Saylor, the CEO of the BTC-focused MicroStrategy, called Bitcoin on the Lightning Network “indestructible money traveling at the speed of light,” as did other prominent BTC supporters.

“[There is] now pressure on rival nations to acquire Bitcoin – even if only as a reserve asset – as its architecture substantially incentivizes early adoption,” Edward Snowden, who, like Saylor, provided videos of large brands taking BTC payments in San Salvador, chimed in. Latecomers may come to regret their hesitation.”

A victorious A video showing a “friend” converting BTC to cash in a “fee-free” transaction utilizing one of the government’s new BTC ATMs was also provided by Jack Mallers, the CEO of Strike, the company that has collaborated with Bukele on his Lightning trip.

Domestic businesses were also engaged, aiming to avoid being pushed out of the crypto-commerce events by big-name global names such as Starbucks and Pizza Hut.

From organic “gourmet cafes” and recording studios to women’s fashion labels and telecoms providers, a slew of local businesses turned to social media to announce that they, too, were accepting BTC payment. Dry cleaners and dentists were among those who joined in the fun.

However, there was no shortage of opposition. According to El Diario de Hoy, “hundreds” of Salvadorans took to the streets yesterday in a “massive” protest against the new law, which made BTC legal money as of midnight.

The same news organization raised privacy concerns about the government-issued software. Users must enable the Chivo app access to their microphone, camera, and storage, as well as their contacts, according to the report.

According to the publication, a computer scientist stated: “Other digital wallets don’t ask for or require that kind of information”. It’s pointless. This was an example of extremely terrible conduct in terms of privacy and data protection, according to a local software programmer.