El Salvador’s President, Nayib Bukele, has stated that his country is preparing for bitcoin acceptance by constructing infrastructure to achieve his lofty aim. According to a Sunday tweet thread, the young president revealed that El Salvador is constructing 200 ATMs and preparing over 50 bank branches in advance of the September 7 implementation.

This will go hand in hand with the government’s cryptocurrency app, Chivo, which can be thought of as a digital wallet that both citizens and tourists may use. The first 30 people who download the app will get $30 in bitcoin. According to prior rumors, Chivo will allow customers to change bitcoin into US dollars automatically. 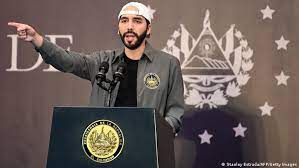 El Salvador had announced that it will release an official digital wallet for BTC and other currencies, according to a local media report published on June 24. The effort follows the approval of bitcoin as legal tender in the country, which brought much attention to the Central American nation.

President Nayib Bukele, who spearheaded the drive to recognize bitcoin as legal cash, stated at a conference that the government would provide $30 in bitcoin to users who downloaded the app. In his remark, he also emphasized the advantages of bitcoin, such as the ability to send money at any time of day and the lack of middlemen.

Bukele said transactions on the app will be commission-free, saving the Central American country $400 million annually. Bukele stated in June that the country would be the first in the world to accept bitcoin as legal cash alongside the US dollar, eliciting both praise and criticism.

Many detractors questioned the decision, citing bitcoin’s extreme volatility as a reason. Since reaching an all-time high of about $65,000 in April, the cryptocurrency has lost nearly 25% of its value. As of August 23, it was trading at roughly $49,000. 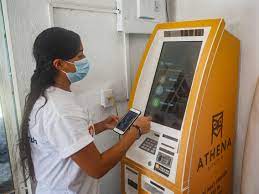 No one will be forced to adopt bitcoin, according to the president, who reiterated this in a Twitter thread. Financial inclusion and economic growth are cited as reasons for   adopting bitcoin in the legislation, which highlights the fact that 70% of El Salvadorans lack access to “conventional financial services.”

Nonetheless, international agencies such as the IMF and the World Bank, as well as big banks like JPMorgan and Bank of America, have expressed worry. According to a tiny survey performed in June by a university in El Salvador, the majority of individuals are unfamiliar with cryptocurrencies and are suspicious about Bukele’s decision to make bitcoin legal tender.

Read: El Salvador is not seeing Bitcoin adoption even after becoming a legal tender