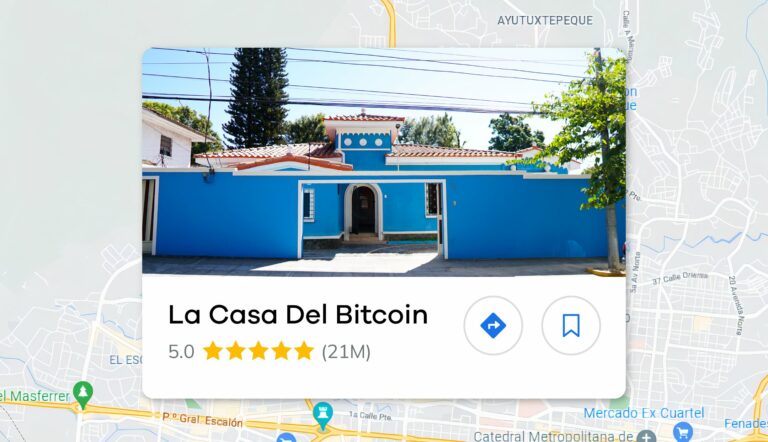 Even though Nayib Bukele has made Bitcoin legal tender in El Salvador, there is one major issue. Over 95% of the citizens in El Salvador hardly have any knowledge about Bitcoin. And therefore, there is the need to create awareness around the subject. That is the only way to fulfill the main goal behind making BTC legal tender. Keeping this in mind, El Salvador starts its first Bitcoin education center to make its citizens more knowledgeable about Bitcoin.

The education center is called “La Casa Del Bitcoin” and is the country’s first free place to learn about BTC. Paxful also supports the step taken by El Salvador as they will conduct educational workshops and talks around Bitcoin and financial inclusion in the center. The main goal is to talk about the benefits that come with using Bitcoin as a medium of exchange.

If the authorities are able to get their message to the citizens in a good manner, it will lead to a mass interest in the country. And there will soon be a need for opening more such centers in other areas. The center will not just be limited to Bitcoin and will also have offices for BTC and Non-profit organizations that bring access to education and other necessary support using cryptocurrencies.

What could this mean for the citizens?

With financial education being imparted to the citizens of El Salvador, we can expect growth in the nation. The peer-to-peer transaction in the country are already increasing, and this has reduced the dependency on traditional banks and the problems that come with them. And with more citizens understanding the depth of the situation, there will only be an uptrend from here. The number of unbanked people will reduce, and the nation will see economic growth with less dependency on the US Dollar. Plus, the Bitcoin city that is being built won’t make sense if the citizens don’t know about Bitcoin themselves.

What are your thoughts as El Salvador starts Bitcoin education center as a way to increase adoption? And do you think this step will actually convince the citizens of the country? Let us know in the comments below. Also, if you found our content informative, do like and share it with your friends.