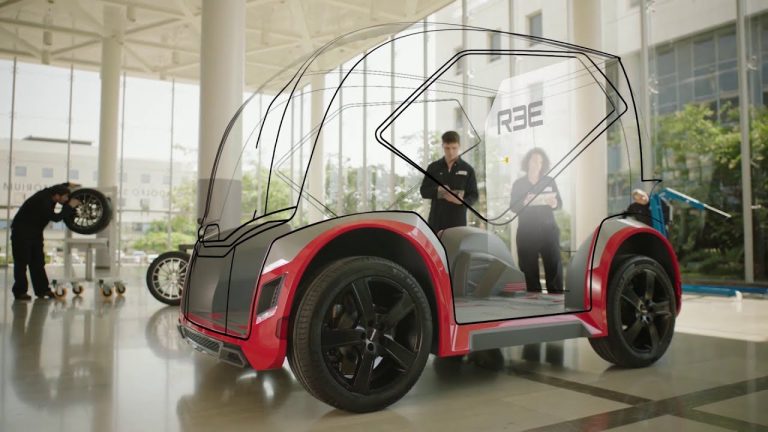 With an aim to deliver the vehicles by the end of the year, the electric drive units in Detroit. By integrating traditional vehicle components to the arch of the wheel.

Though precise details are not known yet. It is known that the prototypes are to be delivered by the end of 2021. Furthermore, American Axle CEO, David Dauch says,

Additionally, the Propulsion system will have American Axle’s electric drive. While the integrating technology is from REE Automotive.

REE Automotive is a startup in Israel. Recently they agreed to a merger deal with the Blank-check company. It is a $3.6 billion deal with 10X Capital Venture Acquisition Corp.

Additionally, the transaction includes a private investment of $300 million proceedings from Mahindra and Mahindra to REE Automotive. And with this merger, the company is set to be listed in Nasdaq as “REE”.

Interestingly, REE already listed Mitsubishi Corp as a partner on their official website. And Cowen is the financial adviser for REE, while 10X Capital was advised by Wells Fargo.

The SPAC mergers have been going on for a while now. It helps start-ups with real potential to go public.

The concept is nothing new. However, as the industry is shifting towards electric vehicles the need for an electric Propulsion system demands more businesses.  Though the system has been introduced in the 1800’s it is only in recent times the technology is advancing at a faster pace than ever.

Basically, the system is about energy storage systems. According to research published by Universe of Hong Kong in 1999, the system has many advantages. They are classified as below,

Furthermore, this advanced technology is also being used in Aircraft. As published in Aerospace America, December 2020 edition, “Electric Propulsion system accelerated towards future.”

They say that by mid-2020 around 900 operations in spacecraft are shifting towards electric propulsion systems.  It is highly powerful and it has higher velocities by accelerating propellants. The knowledge of electric engines being more powerful than fuel-based ones has only come to the limelight recently.

Each day more and more companies are coming forward with advanced technology that can be manufactured in large quantities.