Elon Moments That Left Everyone Flabbergasted!

Elon Musk is unquestionably an icon who has made a rather unique place for himself. However, what rings a bell with everyone who hears the name is his astounding personality. He is undoubtedly brilliant and yet what sets him apart from the rest of the bright minds is his rather otherworldly words that often border on ridiculous. One might say that the SpaceX and Tesla CEO views the world with a rather extravagant filter that is quite outlandish, and at times, indecipherable. There are numerous Musk moments that left people wide-eyed and open-mouthed. And today, on his birthday, let’s revisit some of the moments that blend together creating the unique picture that is Elon Musk. 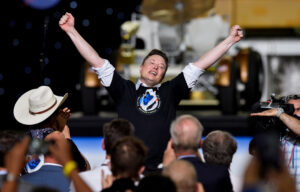 1. His Masterplan To Warm The Surface Of Mars

Musk definitely has a spectrum of ideas. And some of them are rather crazy that people on the receiving end might need some time processing it. The same happened with Stephen Colbert when Elon proposed his master plan to make Mars hospitable for humans, in the show Late Night With Stephen Colbert. Musk apparently went on to suggest that a thermonuclear attack would be the best way forward. The host did have a hard time deciding whether the billionaire was serious or joking. After all, with Musk it is hard to tell. But the fans around were rather impressed with his crazy idea and some commented that he is one of the billionaires worth remembering. Now that is huge!

2. He Is Not Fond Of Vacations!

For someone who works around the clock as Musk does, a vacation is an inevitable necessity. However, the billionaire is apparently not very fond of vacations. Some might say that Musk takes his entire life for vacation, hence the aversion towards namesake vacations. However, you will be surprised to know that mosquitoes are the reason why the Tesla CEO thinks twice about vacations. Apparently, during a holiday he almost came face to face with death because of malaria. And this is what he said,

“That’s my lesson for taking a vacation: Vacation will kill you.”

(Source: Elon Musk: Tesla, SpaceX, and the Quest for a Fantastic Future.)

3.He Knows How-To Retain Composure During An Awkward Situation(Or Not)

Usually, Elon Musk is the one who baffles listeners. But sometimes there are moments when you get a taste of your own medicine. However, Musk knows how to swallow it with grace, and perhaps with a series of awkward reactions. The interview with Jack Ma and Elon Musk was one among the most awkward conversations to watch, with Musk’s hilariously subtle reactions adding to the whole effect.

Musk is a person who talks about space travel like it is as normal as traveling from New York to Chicago. Perhaps, he does have clear cut plans about space travel. Because as stated before, with Elon Musk the lines between fact and joke are quite blurred. The what, how, and why questions are non existent when it comes to statements made by the Tesla CEO. Here is his matter of fact account of space travel.

“So next I went to Russia three times, in late 2001 and 2002, to see if I could negotiate the purchase of two ICBMs [missiles]. Without the nukes, obviously.”

It would be really fun to work alongside someone like Musk. Except for the part where you have to figure out a mechanism to filter facts from nonsense, the rest is pretty great. For example, he had a brilliant idea for the Tesla office where he was planning to install a rollercoaster. Yes, you heard it right. A rollercoaster that can take people around the factory. Must say that is quite innovative. And another evidence for the rollercoaster of ideas that goes up and down his head.

“Everybody around here has slides in their lobbies. I’m actually wondering about putting in a roller coaster — like a functional roller coaster at the factory in Fremont. You’d get in, and it would take you around [the] factory but also up and down. Who else has a roller coaster? … It would probably be really expensive, but I like the idea of it.”

(Source: Elon Musk: Tesla, SpaceX, and the Quest for a Fantastic Future.)

7.He Has Explanations For Everything (and keeping a straight face can be a challenge)

Musk is one example for someone who cannot be unnerved very easily. There is a reason why fans expect him to come out and declare that he is iron man. And definitely he knows what success is. Here is a clip from the congressional hearing where Musk goes onto say that “By ULA’s definition of success, that mission was perfect.” And the expression of the person sitting right behind trying not laugh speaks for us all.

Musk does not think that cars have a very bright future head. He went on to say that, “In the distant future, people may outlaw driving cars because it’s too dangerous. You can’t have a person driving a two-ton death machine.” Although he is of the opinion that people must continue driving cars. Because, obviously he is the owner of Tesla, and he cannot have his company run out of business.

9. The Man Knows To Dance

Elon Musk is many things, but not many would have known that he has dancing skills which could beat Chandler Bing. His moves during a Tesla event in China did move the audience. If someone else had done that, it would have been called awkward, but Elon Musk does that, and there is trend on the rise.

10.Always Up For Honesty

Elon Musk definitely knows how to shock an audience. Some might even say that it is because he does not care about what others think. Or perhaps, he is just brutally honest. Musk has Asperger’s Syndrome for the uninformed, which might be one reason why he is brutally honest and open about everything.