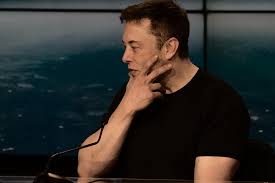 The Neuralink Founder, the multi-billionaire, who believes that the current birth rate on earth is in decline confirmed that he is the father of twins Shivon Zilis conceived through IVF (In-vitro Fertilization). Shivon Zilis hold a senior position for Musk-founded Neuralink.

In the IVF method of fertilization, the egg and sperm are fertilized in a laboratory and are then placed in the uterus. The success rate of IVF is higher in women under the age of 35 years, currently. Further,  40% of IVF are successful across the world. IVF is often used as a last resort by many. Few reports also argue that IVF has a better success rate than the natural method of fertilization.

The parents have now urged the Texas court to allow the newborns to have the last name Neualink Founder and Zilis. The request reportedly was permitted in May. The senior employee at Neurolink however has clarified that she and Neualink Founderare not in any relationship. The babies produced using IVF were welcomed by their parents in November last year.

According to some interpretations, the relationship between Neualink Founder and Zilis was personal. Zilis and Neualink Founder however have refused to comment on the development. Neuralink too was unavailable for comment.

The Neurolink founder who has been vocal about the declining birth rate is a father of nine with three different women, most recently from Singer Grimes. The couple was blessed with a baby girl a month ago. “Doing my best to help the underpopulation crisis,” Musk quipped after Insider reported the birth of the twins.”

In another tweet, Musk wrote: “A collapsing birth rate is the biggest danger civilization faces by far.”

The Neurolink co-founded by The Neuralink Founderin 2016 develops gadgets which could be inserted into brains and could be used to enhance human intelligence.