SpaceX along with its CEO Elon Musk is working on a space rocket that makes it possible for civilians to go to space. The Super Heavy rocket to going to roll out from the production side for Starship. As the test campaign begins, the pre-dawn light on the road at Boa Chica Beach, South East Texas can be seen. 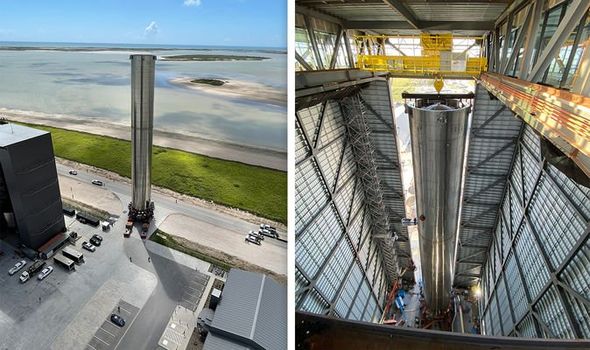 Maryliz Bender of Cosmic Perspective YouTube channel says, “I don’t think people understand, this is the largest powerful rocket that’s ever existed in human history.” Later added, “Mush larger even than the Saturn 5-more powerful- and so what we always try to do is gift the awe.”

Elon Musk the billionaire founder seems to accept the attention as Maryliz and her partner, Ryan Chylinski came to document every part of Mars-bound Starship. They are part of the new generation of space communications who are going to continue documenting every process.

Musk told Tim Dodd, the Everyday Astronaut, “This is the first real big rocket development that’s been so close to the public road that people are literally driving to the beach right past the launch site, so it’s hard to keep a secret around here.”

Sending the Starship to the moon

Elon Musk is working on the spacecraft to eventually send the Starship to Mars, and to the Moon by 2025. As per the statements given, the Starship can carry 100 passengers and 100 tonnes of cargo to orbit with the help of a Super Heavy booster. Where the largest cargo sent by SpaceX till now is 25 tonnes. And most importantly the Starship will be reusable, making it cost much less than the other powerful rockets existing in the world.

It will be made “fully and rapidly reusable”, making it an affordable option for humans to explore space and search for new habitants. As stated by Musk, “It’s helpful to have the objective of a self-sustaining city on Mars. This has to be the objective.”

SpaceX is already an expert in sending humans to space with reusable rocksts. Sending NASA astronauts to space with Falcon 9 rocket, SpaceX already reduced costs for NASA to send humans to ISS. Veteran space journalist Eric Berger says, “SpaceX launches more rockets launches by other rocket companies in the United States and it doesn’t come close to what SpaceX is doing.”

Two decades ago Elon Musk would have been known as the ridicule in the space industry. Now, that man is considered nothing like that. Major General Fielding said, “Today, not at all. He is one of the actors considered the most innovative and the most feared.”