Who is Elon Musk?

Elon Musk is currently on the apex in list of the world’s current richest humans list with an estimated net worth of around $ 264.6 billion USD. He is one of the founders and current chief executive officer of Tesla Inc, an American based electric automotive producer along with being the torchbearers of clean energy usage around the world. The company’s head office is based in Austin, the capital of Texas.

He is also the founder and the chief executive officer of SpaceX, an aerospace manufacturer and also provides space transportation services. The company’s head office is situated in Hawthorne, California.

Recently, Mr. Elon Musk purchased a 9.2% share in American social media app, Twitter making him the largest shareholder of the platform as he paid around $2.9 billion USD for the share. However, on the 15th of April, his reign as the largest Twitter owner came to an end as Vanguard Group, an American investment firm purchased 10.8% of the company.

What’s Going on in Sri Lanka

The South Asia island nation of Sri Lanka is currently going through a crippling economic crisis where long power cuts, lines for food, gas and fight for finite resources and massive protests grip the country. The country has failed to pay their foreign debt which stands at $51 billion USD as coronavirus crushed their most successful and important industry – tourism. Inflation is constantly on rise as it closes in on the 20% mark. Systemic mismanagement plagued the country as well for decades as corruption never allowed Sri Lanka to attain the heights it could have reached. 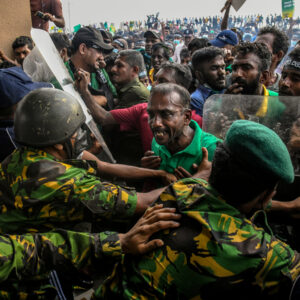 When Mr. Elon Musk purchased a 9.2% stake in Twitter, the share price of the firm soared by 27%. That’s the power the South African born business tycoon has on his companies and investments.

It doesn’t seem like Musk would do something like this but his unpredictable personality is where his charm lies. Only time will tell if Twitter will be having a new owner and if Sri Lanka will be able to dig themselves out of this mess.