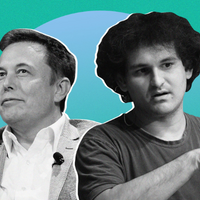 A rumor that the former CEO of FTX, Sam Bankman-Fried (SBF), had invested in new Twitter. Musk denied the word on Twitter. The story said that SBF had transferred his $100 million investment into Twitter, owned by Elon Musk. Musk, however, categorically disputes this assertion and labels it incorrect.

Elon Musk asserted that when Twitter went private, all of its public owners had the opportunity to roll over their shares. SBF, however, chose not to. Musk affirmed clearly that SBF owns 0% of Twitter.

In a tweet, Musk commented, “All public holders of Twitter were allowed to roll their stock into Twitter as a private company, but he did not do so. Your reporting made it falsely sound like he did, when in fact he owns 0%.”

All public holders of Twitter were allowed to roll their stock into Twitter as a private company, but he did not do so. Your reporting made it falsely sound like he did, when in fact he owns 0%.

For the last time, how much of you does SBF own? Stop dodging the question.

Musk also poked fun at the journalist who broke the story, asking him for his source and claiming that SBF “owns” him. He asked, “For the last time, how much of you does SBF own? Stop dodging the question.”

Elon Musk has criticized the media for failing to adequately report the FTX bankruptcy and Sam Bankman- Fried’s involvement. He thinks SBF bought media, according to reports. Musk stated in a tweet that FTX would still be in business only if SBF were adept at operating a cryptocurrency exchange and buying media coverage.

I wrote earlier today that there's a huge question over whether SBF will be able to continue funding media going forward.

Grants have gone to:

Apart from this, Twitter was earlier dragged into controversies because of its idea of paid verification. As a result, a whole lot of chaos was created as people randomly started making verified accounts and trolling others. Additionally, they tweeted things that were not at all acceptable.

According to CEO Elon Musk, Twitter would perhaps roll out the “Verified” function the following week. Musk tweeted on Friday that the service will be “tentatively” released next week, days after stopping the Twitter verification process.

According to Twitter CEO Elon Musk, there will be a “gold check” for businesses, a “grey check” for government accounts, and the current blue check for everyone else, whether or not they are famous. Musk said that all verified accounts would be ‘manually authenticated’ before the check is activated. He called the move ‘Painful, but necessary.’

“Twitter will provide a gold check mark for companies, a grey check for government, and a blue check mark for individuals (celebrity or not),” Elon Musk said in a tweet.

The decision was taken after Twitter brought to a halt its $8 per month Twitter Blue service. The service allowed anyone to subscribe to the blue verification tick. As a result of the proliferation of fake accounts, and announced that the highly-desired blue check subscription service would be relaunched on November 29.

“Holding off the relaunch of Blue Verified until there is high confidence in stopping impersonation. Will probably use different color check for organizations than individuals,” Musk tweeted on 22 November.

Holding off relaunch of Blue Verified until there is high confidence of stopping impersonation.

Will probably use different color check for organizations than individuals.