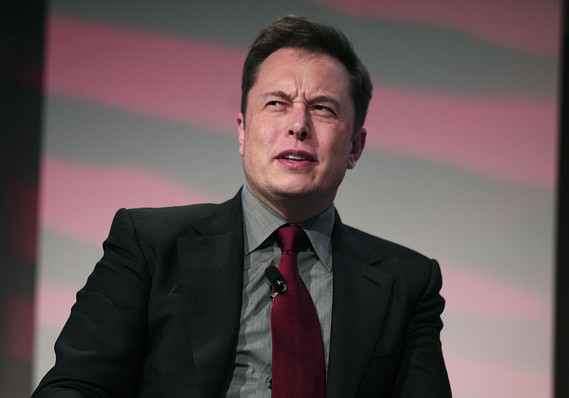 Elon Musk has a reputation for bizarre tweets that often invite unnecessary trouble. Once again he has worked that rather ridiculous charm as he posted a tweet that mocked the whistleblowers, while also taking a slight jab at Apple. The tech mogul who doesn’t mince his words took the joke to another level as he put on sale a cyber whistle on the website. And the best part, the whistle worth $50 was sold in no time and resold at prices more than the actual retail price. Let us take a look at the tweet that caused a stir in Twitter town.

Well, give it to Elon Musk for not just clubbing together with a joke and a sale but also mocking Apple. Must say that it takes some rather ridiculous guts to openly say, “Blow the whistle on Tesla.” There is a very thin line between confidence and over-confidence tinted with arrogance. And it seems like the SpaceX CEO is balancing himself on that thin line. One wrong move, and the consequences can be very unpleasant.

Tesla is a company that manages to remain in news most of the time. However, recently it has been making headlines for all the wrong reasons. A number of former employees had come out with accusations against the company like sexual harrassment and racist abuse. It is in the midst of these accusations that Musk has come up with the cyberwhistle. Either the Tesla boss is insanely brilliant or he is just insane. And that is a discussion for another time (a discussion that will probably go nowhere).

The recent months haven’t been that bright for the company as it has been overshadowed by sexual harassment and racial abuse accusations from current and former employees. It was this October that the company received an order from a Federal court in California to pay a whopping $137 million in damages. The compensation was to be paid to a former black employee who used to work at the firm’s Fremont factory, and who had to suffer racial abuse. And in November a lawsuit was filed against the company for sexual harassment by a former employee who used to work at the main California factory. Well, it seems like Tesla needs to work a bit more in ensuring good working conditions to employees. Perhpas, Musk could try doing that instead of coming up with whistleblowing jokes.

Elon Musk’s tweets have a way of attracting massive attention and interest. And it was not any different this time. In fact, the cyberwhistle priced at $50 was sold out in no time. Musk sure knows how to market his products. Another highlight of the whistle is that it resembles Tesla’s Cybertruck which is yet to be released. Let us flip through a few reactions and responses that piled up on Twitter following the tech mogul’s tweet.

That is a very good question. I was curious too.

What does this whistle do other than blow?

It doesn’t really suit the context. But okay.

You are an incredible human being

Not a bad decision after all.

Already out of stock. What was the production run?

When will you make an electric dog? My building doesn't allow real pets.

got my first tesla pic.twitter.com/uf9jTvUJJo

Imagine using this as an anti-agressor whistle for every time Biden tries to smell your hair.

So many practical uses.

Well, the good part is now almost all of you can be Tesla owners.

Finally a Tesla I can afford.