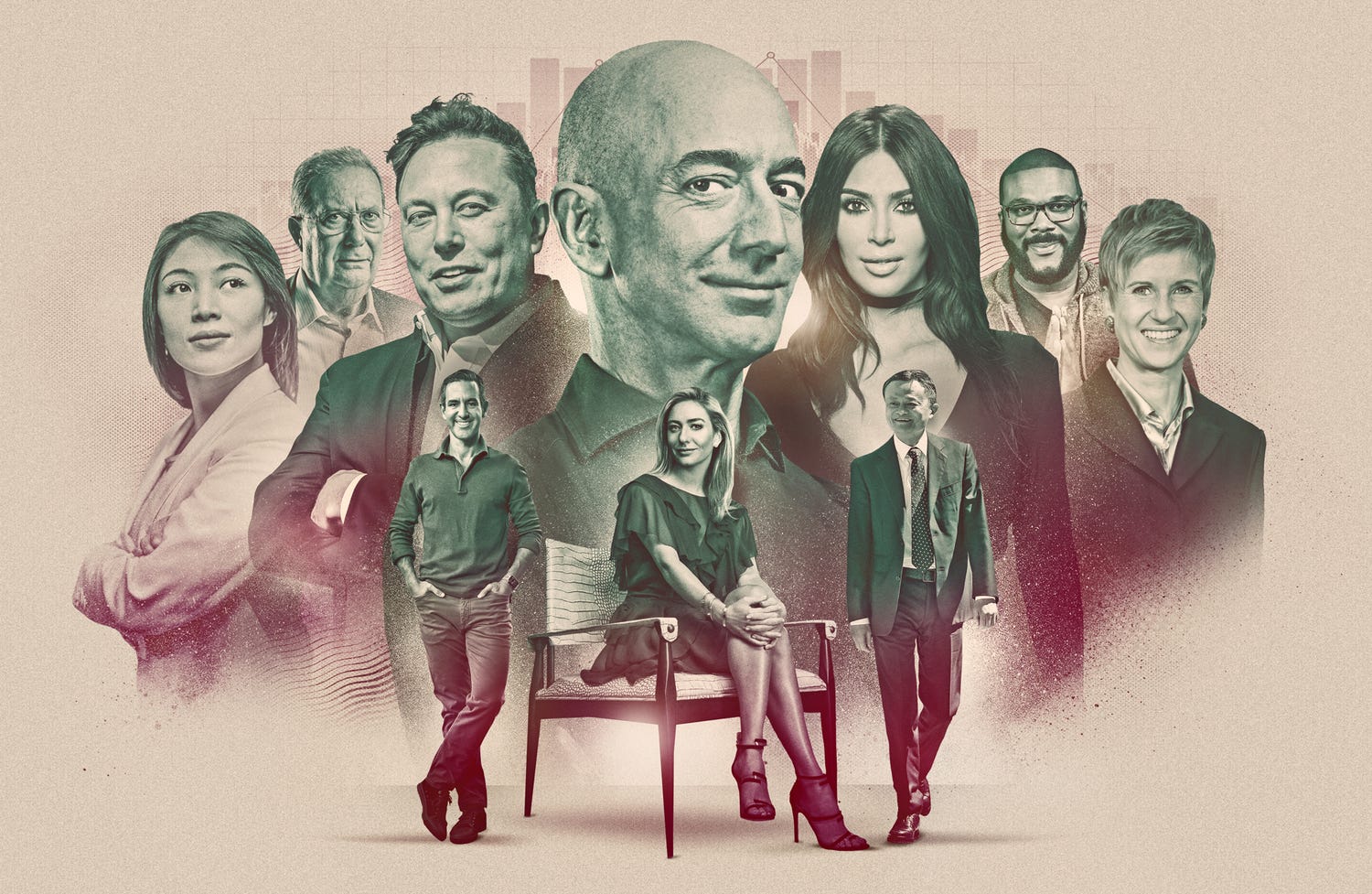 Forbes list of the top richest people in the world is inspiring as well as demotivating for some, while for the rest of the lot, it is their dream to land up in a Forbes magazine in the list of the richest. However, just like previous years, we have some pretty familiar names in the Forbes 400 2021: Top 20 richest people in America.

One thing common in all of these rich contenders is that their wealth has significantly doubled in the past year alone, courtesy of the COVID-19 pandemic. However, it is not the entire truth as this fact also justifies the notion that the rich get richer over time. It is a lifestyle trait and not luck my friends.

Anyhow, let’s get this party started. Elon Musk, founder and Chief Executive of Tesla and SpaceX becomes the second richest American on the Forbes Top 20 list. The billionaire’s net worth was up by approximately USD 68 billion in the last year alone with a total net worth of USD 190.5 billion. The electric carmaker, Tesla has beaten all odds in the automobile industry that the market has faced last year by being profitable for eight straight quarters, as mentioned in a report by Forbes. The company, however, posted its highest net income in the month of July, courtesy to sales of emissions credits that enabled his fortune to drive uphill by over USD 120 billion in just one year. The visionary that Elon Musk truly is has proved once again that having a futuristic vision with the power of execution and planning can turn things around pretty quick. The billionaire announced Tesla Bot in the months of August, a humanoid robot that will be used in Tesla cars.

Other than this, SpaceX is reaching new heights in space exploration as it completes its first all-civilian mission in September this year. Musk’s plans to colonize Mars will be a turnaround on his current fortune but the plans will take time.

This is a hint of how Musk landed to the overall number 2 position on the Forbes Top 20 list, and guess who’s on the number 1 spot, Musk’s biggest competitor- Amazon founder Jeff Bezos.

Jeff Bezos has stepped down from his position as CEO of Amazon back in July but his net worth for 2021 is calculated by Forbes to be USD 210 billion which is up by USD 179 billion overall, again, courtesy to the COVID-19 pandemic that changed people’s shopping preferences entirely. In addition to this, Bezos becomes the second billionaire to have ever been into space. Bezos launched himself into space on his Blue Origin spaceflight. The man is up by USD 22 billion in the past year and thus, he is worthy to be sitting at the 1st spot on Forbes Top 20 richest Americans list.