Elon Musk yet again flexes his power to move markets with the ease of a breeze. His latest tweet has proved to be a blessing for Shiba Inu cryptocurrency which saw a 16% surge in market value following the rather arbitrary tweet by the Tesla CEO. Musk names a puppy and the markets begin to shake simultaneously. This implies the immense potential of this one individual who can move markets with a mere tweet. The Dogefather is supposedly proving to be a godfather for those cryptocurrencies who are lucky enough to be blessed by his glance and tweets.

My Shiba Inu will be named Floki

Elon Musk has a wide and large reputation for his random and eccentric tweets that are often out of the blue. While some people dismiss it as a mere pastime of a preposterous individual who is having fun on Twitter, speculation cannot be spared about a brilliant mind in play behind the rather simple tweets. After all naming, a puppy is a very natural and normal act. However, Musk chose the Shiba Inu aka the ‘Doge Killer.’ And evidently, the tweet has acted as an equivalent of divine intervention and the cryptocurrency has experienced a market surge of 16% which is rather commendable given that it is all an aftermath of a single tweet. 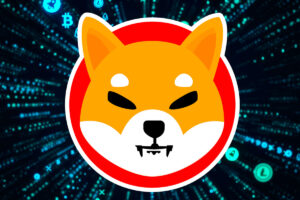 It will also be wise to remember that Dogecoin also attained the transformation from a mere internet meme to cryptocurrency with potential because of a similar intervention by Musk. It will not be an exaggeration to say that Musk is indeed a clever wizard who changes the destinies with a random wave of his wand with a simple spell. The wand being Twitter and the spell being the tweet.

‘The Killer Moves Of The Doge Killer’

Shiba Inu is a rather new addition to the crypto market. It takes its model from Dogecoin, often acting as a challenging alternative for the former. Thus the name ‘Doge Killer’ is quite appropriate. The cryptocurrency did gain a lot of attention in the beginning given its similarities to dogecoin with regards to appearance and roots. And many were of the stand that it would be a challenging nemesis for Dogecoin, and with the recent tweet of Musk, it is possible that the particular speculation will touch the line of reality. 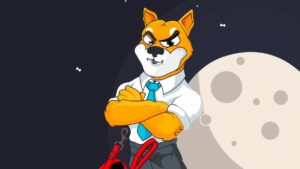 If SHIB had a sword that is capable of combating Dogecoin and others in the crypto market, we can say that the recent tweet by the Tesla CEO has added sharpness to it. And perhaps the markets might soon bear witness to the killer moves of the Doge Killer.

It is a well-known and accepted fact that Musk has a particular skill in attracting the attention of netizens no matter how ridiculous the tweet. Just like the poetic license certain authors attain with experience, Musk has gained a ‘nonsense-tolerance’ badge from Twitter granting his tweets the special merit of taken into consideration even if the person who tweeted it did so with minimum consideration.

The recent Shiba Inu tweet is no exception. And the dogefather has surprisingly taken up the position of being the godfather for SHIB. Since the person in question is Elon Musk, talking about ironies and paradoxes is unnecessary. Here are a few reactions and responses from Twitter following the Shiba Inu tweet.

It will be wiser to omit that question when the person on the receiving end is Elon Musk.

What does it mean brother

Nobody will blame doge if it chooses to utter the famous words of Caesar, “Et Tu Brute.”

That is a universally asked question devoid of a definite answer.

He wants people to lose their little savings. I wonder why he needs to do this? and what is forcing him to do this?

Great, now we will se a big bunch of Floki Tokens pop up as the new thing. pic.twitter.com/GVh3swMl43

I think you have to stop doing this bro… pic.twitter.com/CXfY9m80EZ